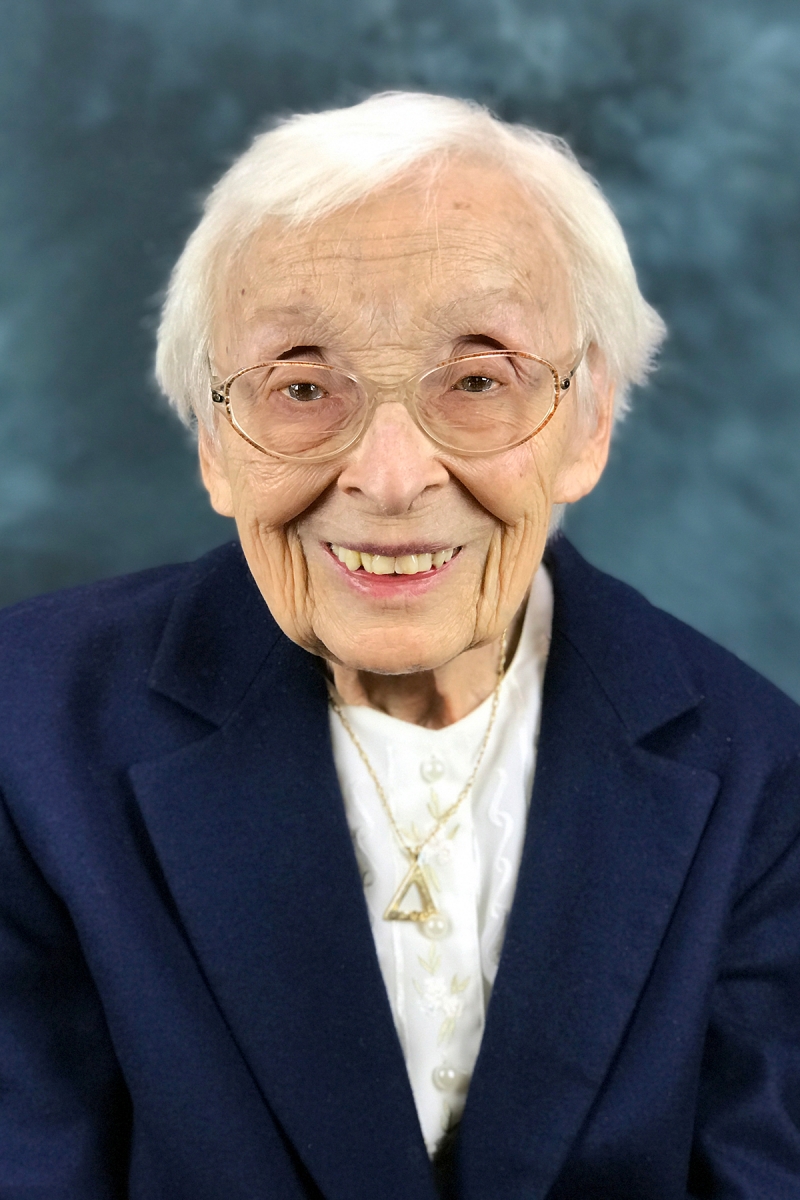 Sister Melanie Kambic entered religious life from St. Anselm’s parish in Swissvale, PA, in 1954. She wasn’t sure what her superiors were going to do with her, as she was 33 years old, independent, with a career, and had her own bank account. As she recalls, “There were no other women my age in formation.”

Raised in a small Croatian community in Rankin, PA, she was taught by the Sisters of Divine Charity, who fostered religious vocations. At the age of 16, Sister Melanie and a friend were preparing to enter their order, but when her friend backed out, she did too. The idea of a religious vocation remained with her, though, and although she tried to outrun those feelings, she said, "'The Hound of Heaven' pursued me.”

After graduating from the Braddock Hospital School of Nursing in 1944, Sister Melanie joined the Army Nurse Corps. She served for three years during World War II. It was during this time that thoughts of a vocation began to surface again. When she returned home, she met Fr. William Cheetham at St. Anselm’s parish. He became her spiritual advisor, as well as her greatest influence in deciding to become a Sister.

When she retired in 1994, Sister Melanie didn’t slow down much. She took several classes at La Roche College, became a big proponent of recycling at Providence Heights, and became a member of the “peanut butter and jelly brigade,” which is a group of Sisters who make sandwiches for the homeless through Operation Safety Net in Pittsburgh. She also helps to collect clothing and appliances for St. Thomas Catholic Church in Burnsville, WV, an area where our Sisters have worked and continue to volunteer their services.

The one thing Sister Melanie values most is her prayer life. She says, “I feel strength in prayer.” Her favorite book, The Fire Within, is about the prayer life of St. Teresa of Avila and St. John of the Cross. “I love that book. I carry it with me everywhere.”

Self-described as compassionate, humorous and flexible, Sister Melanie’s favorite motto is “leave wherever you are better than you found it.”

CLICK HERE to make a gift in honor of Sister Melanie's 65th Jubilee.