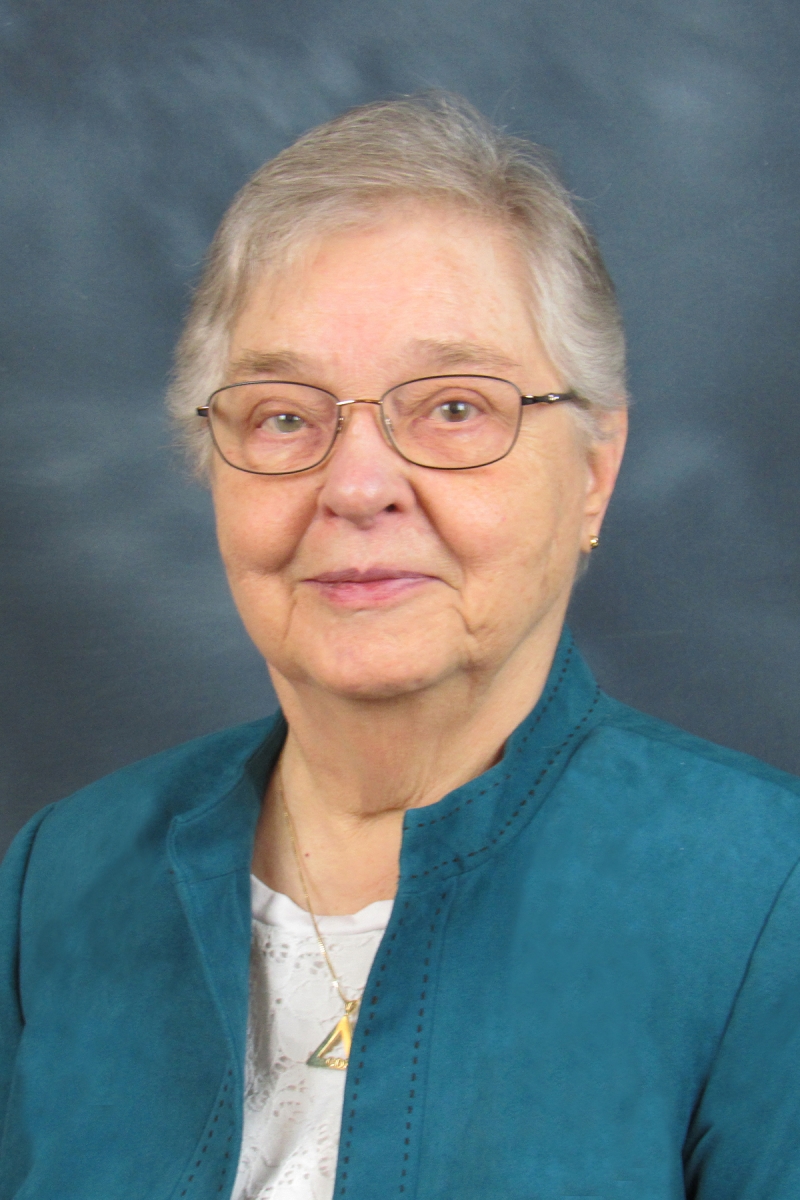 Sister Paulita Kuzy entered religious life from SS Peter and Paul Byzantine Catholic parish in Braddock, PA. Her decision to enter religious life was greatly influenced by her parents--who always encouraged their children in their prayer life and in their service to God and the Church--and the Sisters stationed at St. Joseph parish in Braddock who were friendly and happy.

Sister Paulita's ministry in elementary education began in 1960. She taught at St. Mary in Ford City, PA (1960-61), St. Norbert in Overbrook, PA (1961-62), St. Margaret in Greentree, PA (1962-64), St. Joseph Junior Military School in Pittsburgh (1964-66), St. Mary in Herman, PA (1966-67; 68-69; principal 69-71), Providence Heights Alpha School in Allison Park, PA (1967-68; principal 1985-96), St. Isaac Jogues in Detroit (1971-72), St. Bonaventure in Pittsburgh (principal 1972-80; part-time teacher/youth minister 1996-97), and St. Martin in Pittsburgh’s West End (principal 1980-85). She also served as secretary to the General Leadership Team of the Community in Rome, Italy, and Wakefield, RI (1997-01). Upon her return to Pittsburgh in 2001, she became principal at St. Sebastian School in Pittsburgh's North Hills. In 2004, she was offered a position in Rome, Italy as elementary principal at Marymount International School Rome, a private Catholic coeducational day school with more than 1,000 students, age 3 to grade 12. In 2010, she returned to Providence Heights Alpha School as principal. Sister Paulita volunteered as an administrative assistant for Mission Advancement at Providence Heights (2013-2020). She is now retired and of service to others. She said, "As I grow older in religious life, I have found that there are more and more opportunities to minister to others, to share God's presence, love and providential care. This opportunity often comes as I sit on the bench in Giant Eagle waiting for someone to finish their shopping. Usually there is a stranger also sitting there and it doesn't take long to begin to chat. You hear their problems and heartaches and you have an opportunity to share God's words of love and comfort. When they leave, you can see a smile in eyes that were once sad. A promise of prayer goes a long way."

Self-described as quiet, serious, friendly, helpful and efficient, Sister Paulita enjoys reading and listening to classical music. After meeting Sister Paulita, you also quickly learn she has a great sense of humor and is warm and inviting. She says that most people don’t recognize it at first because, as she says, “Since I look serious, people are surprised that I’m funny ... and perhaps that’s why, while living in Rome, eight stray cats felt welcome to take up residence at my house."

CLICK HERE to make a gift in honor of Sister Paulita's 65th Jubilee.