Group comes together to discuss Reiki principles and practice. This is done in a context of prayer and reflection. The sessions conclude with an exchange of treatment. All levels of Reiki practitioners are welcome.

Registration: We encourage you to pre-register for ALL programs. Walk-ins are welcome provided space is available and a prior deposit is not necessary. To register, contact us or view our website at cdpsisters.org, call 412-366-1124 or e-mail: kearns@cdpsisters.org

Group comes together to discuss Reiki principles and practice. This is done in a context of prayer and reflection. The sessions conclude with an exchange of treatment. All levels of Reiki practitioners are welcome.

Registration: We encourage you to pre-register for ALL programs. Walk-ins are welcome provided space is available and a prior deposit is not necessary. To register, contact us or view our website at cdpsisters.org, call 412-366-1124 or e-mail: kearns@cdpsisters.org

12 Step Spirituality and the Christian Perspective

Addiction sends family members into an entirely different and unfamiliar place. For each member of the family their life as they knew it is uprooted; all normal props are taken away and they are plunged into an alien environment. The journey to inner peace is the same 12 Step Program we ask our loved ones to take in order to heal their lives. The 12 Step Program was intended to be an opportunity for real transformation into a spiritually mature person. In this twelve week spiritual intensive, participants are asked to enter more deeply into the process of inviting God to change us from the inside out through learning the practices of the 12 Steps from a Christian perspective. Book for background and discussion: Breathing Under Water: Spirituality and the 12 Steps by Richard Rohr.

Registration: We encourage you to pre-register for ALL programs. Walk-ins are welcome provided space is available and this brochure does not state that a prior deposit is necessary. To register, contact us or view our website at cdpsisters.org, call 412-366-1124 or e-mail: kearns@cdpsisters.org

Learn the fundamentals and beyond of Centering Prayer as well as ways to integrate more reflective time and contemplation into your busy life and world.  Includes time for prayer, faith sharing and discussion.

Registration: We encourage you to pre-register for ALL programs. Walk-ins are welcome provided space is available and this brochure does not state that a prior deposit is necessary. To register, contact us or view our website at cdpsisters.org, call 412-366-1124 or e-mail: kearns@cdpsisters.org 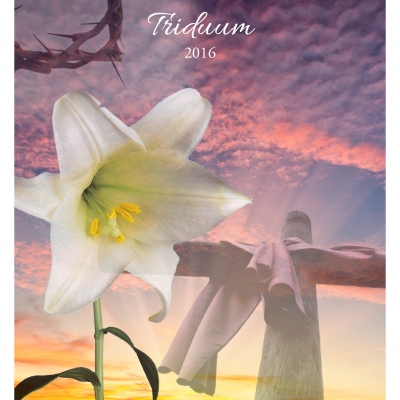 The Sisters of Divine Providence invite you to join in our Triduum Liturgies at Providence Heights.

HOLY THURSDAY
March 24, 2016
7p.m. Liturgy (the Chapel will be open until midnight for adoration)

Brunch will follow Mass in the Sisters’ dining room. Please complete and mail the attached form by October 28. 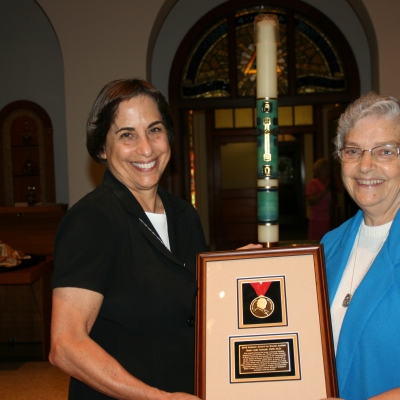 The Sisters of Divine Providence presented the Ketteler Award for Social Justice to Linda Yankoski, CSFN.

A member of the Congregation of the Sisters of the Holy Family of Nazareth, Sister Linda Yankoski serves as the President and CEO of Holy Family Institute (HFI) in Pittsburgh. Her 40+ year career with the nonprofit organization began in 1975 when she was assigned as a social work intern. In 1988, she was named executive director of the institute and in 2001, its president.

From its roots in the Catholic orphanage system at the turn of the last century, HFI has evolved into a social services agency that provides help, healing, hope and support to children and families in western Pennsylvania. Each year, it serves more than 11,000 families and children.
As HFI president, Sister Linda has implemented a violence prevention initiative and established a workforce development program. Following the 2010 Haitian earthquake, she was instrumental in providing temporary housing and developing a comprehensive program—including preschool and elementary education—to help young Haitian refugees. In 2011, the institute launched an international college preparatory program, through which dozens of international students now live on its campus and study at local Catholic high schools. In 2012, HFI implemented a new approach to residential treatment, designed to help reduce recidivism among juvenile offenders. In August 2014, a new Catholic high school, Holy Family Academy, opened its doors to students to prepare young people to be successful in life and work.

Active in many professional and community organizations, Sister Linda is on the board of Catholic Charities USA; Council on Accreditation, New York; and is an emeritus member of the Duquesne University Board of Trustees and the Mentoring Partnership Board of Trustees. She has served on a number of other boards: Community at Holy Family Manor, Pittsburgh; Kearns Spirituality Center, Allison Park; Suburban General Hospital, Pittsburgh; Mercy Hospital, Altoona; and Families International, Milwaukee.

Sister Linda graduated summa cum laude, with a bachelor’s degree in social work, from the University of Pittsburgh. She holds a master’s in administration from the University of Notre Dame and a doctorate in education from Duquesne University. Her research interests include nonprofit governance, leadership, and organizational development. She has received numerous awards and recognition for her accomplishments. To name a few, she was presented with the Social Service Award from the Turkish Cultural Center in November 2015; inducted into the Century Club of Distinguished Duquesne Alumni in October 2013; recognized by the U.S. Department of Health and Human Services Office of Refugee Resettlement in August 2011 for her work with the Haitian Orphans; and presented the Campfire USA award in 2007, the “Champions for Children” award from the Homeless Children’s Education Fund in 2004, the Carlow “Woman of Spirit” award in 2001 and the “Manifesting the Kingdom” service award from the Diocese of Pittsburgh in 1999.

Presented by Doctors Without Borders, Forced From Home is a free interactive exhibition designed to raise public awareness of the world’s 60 million refugees. With an experienced Doctors Without Borders aid worker as your guide, you’ll see, hear, and interact with images, stories, and materials gathered from refugee camps, rescue missions, and emergency medical projects around the world. During the one hour tour you’ll gain a deeper understanding of the challenges faced by those who have been forced from their homes, and the humanitarian solutions offered by Doctors Without Borders. Forced From Home is free, fully accessible, and open to the public. For more information, CLICK HERE. 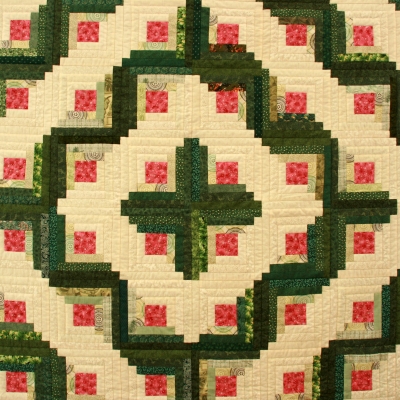 Here’s how it works:
Tickets are $5 each or 5 tickets for $20.
Click below to print tickets.

Please join the Alpha School for their 90th Anniversary celebration -- Oktoberfest-style! Admission is free, and there will be food, drinks, music, a bounce house, face painter, balloon artist, raffles & more.

All are welcome to join the Sisters as they celebrate this year's Pittsburgh-area Jubilarians.

Back by popular demand! A concert in honor of Our Lady of the Rosary, featuring: 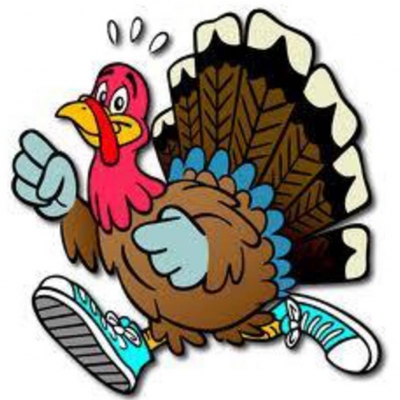 Join La Posada on Saturday, October 29, 2016 as they gobble and waddle for a good cause! Contact Adriana at 956-399-3826 or agarcia@lppshelter.org for sponsorship/vendor opportunities and more information.

Make your money work for good! Please join us at the 8th Annual Mission Mall. The Sisters of Divine Providence will be one of 32 tables selling handcrafted items. All sales go directly to our missions. 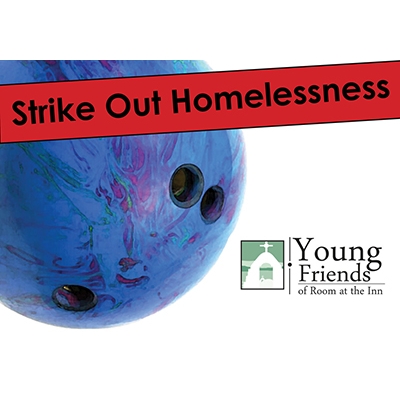 For more information or to register online, visit http://www.roomstl.org/events/strikeout2016

Breakfast with the Inn Crowd 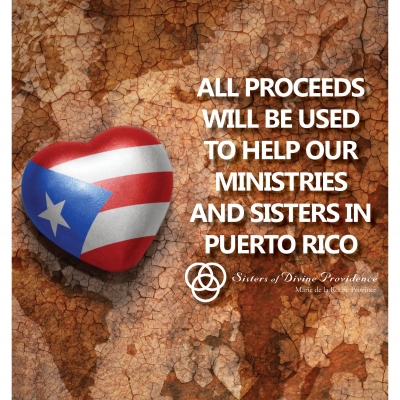 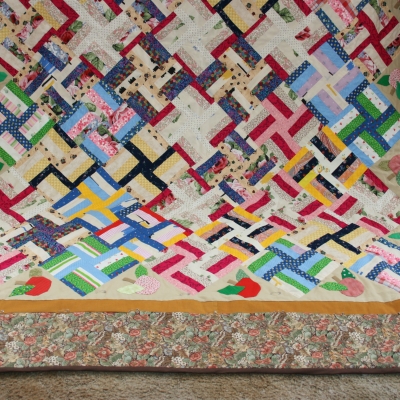 The Sisters of Divine Providence are pleased to announce their 2017 Craft Extravaganza at Providence Heights—the Sisters’ historic landmark building at 9000 Babcock Boulevard in Allison Park. We invite everyone to join us in shopping from a great selection of over 70 crafters in seasonal, jewelry, woodworking, ceramic, cosmetics, home décor, pottery, greeting cards, totes, clothing, candles and more. To complement the crafts, there will be basket raffles and a quilt raffle (pictured right) to try your luck. Admission is FREE.

The Craft Show is organized by members of the Mission Advancement office of the Sisters of Divine Providence. All proceeds will be used to help our ministries and Sisters in Puerto Rico. 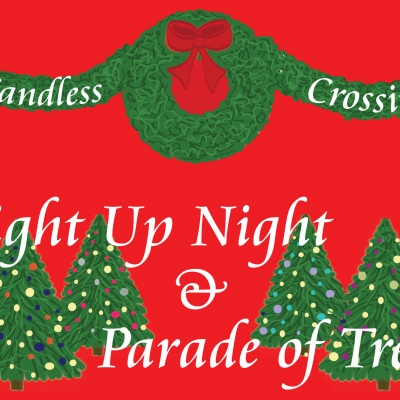 The Sisters of Divine Providence (along with local ministries Providence Heights Alpha School, Kearns Spirituality Center and Providence Connections) are participating in McCandless Crossing's first-ever Parade of Trees this holiday season! To kick-off the event, McCandless Crossing is holding a light-up night featuring pictures with Santa, music, a toy drive and the Christmas trees decorated by the Sisters of Divine Providence, La Roche College, Vincentian Home and Fleece Connection. A flyer with more information is provided below.

The decorated Christmas trees will be on display at the Town Green until January 2, 2017. 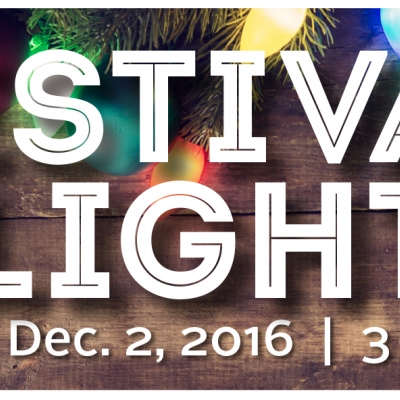 Celebrate the holiday season during Festival of Lights on Friday, December 2 from 3 to 9 p.m. at La Roche College and Providence Heights—the Sisters of Divine Providence’s historic landmark building. Admission is free, and the event is open to the public. For more information on the day's festivities, see the file attachments below. 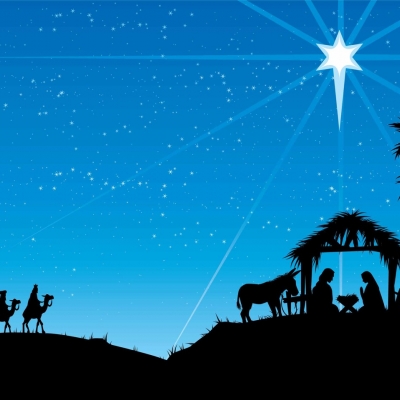 The Sisters of Divine Providence invite you to join in our liturgies for Christmas and New Year's Day at Providence Heights.