Sister Marilyn McMillin, CDP is a 2017 Manifesting the Kingdom Awardee for the Pittsburgh Diocese!  The award will be presented by Bishop Zubik at the Liturgy.

The Manifesting the Kingdom award is given to laywomen and laymen and to consecrated women and men who demonstrate the presence of Jesus in their lives and have participated in an exceptional service to the Church reflected in so many different ways in the lives, ministry and work of those who receive it.

Festival of Praise for Vocations 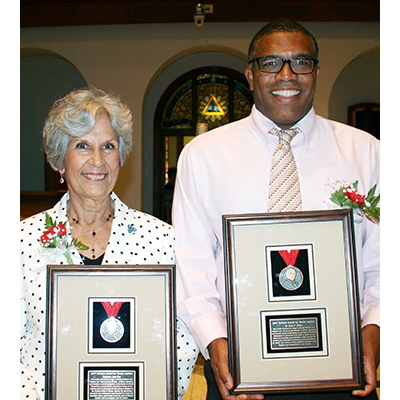 DR. ZANE H. GATES
Internist Zane Herbert Gates has spent his medical career giving back to his hometown of Altoona, Pennsylvania. It wasn’t easy growing up in the rural city where only a small percentage of the population is African-American. Dr. Gates was raised by his single mother Gloria in the Evergreen Manors housing project in the Eldorado section of Altoona. In a 2016 Pittsburgh Post-Gazette article, Dr. Gates remembers dodging friends at the supermarket as he went to hand the cashier food stamps. “They had dads, they had homes. … It was kind of intimidating,” he said. But his mother inspired and encouraged him to strive for what he desired in life. “She once told me I was going to change the world. … She was my best friend,” Dr. Gates said. She died when he was 22 years old.

Dr. Gates received his medical degree in 1995 from the University of Pittsburgh School of Medicine. He spent his residency at Allegheny General Hospital where he worked with Dr. Jim Withers—the Founder of Operation Safety Net, which provides medical care for the homeless on the streets of Pittsburgh. For Dr. Gates, attending to those less fortunate in our society was an inspiration. After his residency, he returned to Altoona zealously wanting to give back to the town where he was raised. In 1999, he initiated an after-school program and named it in honor of his mother—the Gloria Gates Memorial Foundation, which provides mentoring and academic enrichment for children in Altoona housing projects. At the same time, he started a free clinic in a van to provide quality medical care for the working poor—those who earn too much to qualify for a government health plan, but not enough to purchase private insurance. Dr. Gates’ van-based clinic evolved into Partnering for Health Services, which provides access to free health care to approximately 3,500 individuals in Altoona each year. All the while, he was also focused on inventing a new model for providing better healthcare at a lower cost. That model is Empower3 Center for Health—a direct-pay physician practice that he co-founded with Patrick Reilly. Empower3 Center for Health is dedicated to providing people with access to high quality medical care, enhanced knowledge to help them make better choices impacting their health, and encouragement and support to increase their own efforts to stay healthy.

ASSOCIATE JANE KERR
Twenty years as an Associate of the Sisters of Divine Providence, Jane Kerr is no stranger to putting her faith into action through hard work and sacrifice.

Jane grew up in Penn Hills—an eastern suburb of Pittsburgh—where she was taught in first grade by Sr. Muriel Young, CDP at St. Walburga in East Liberty, attended Our Lady of the Most Blessed Sacrament School and graduated from Penn Hills High School in 1963. Jane went on to marry her husband of 49 years, Paul; have three children; start a small business selling sewing machines and custom drapes; and work at Allegheny General Hospital’s Drug Information Center, Stoneridge Covenant Church, North Hills Community Outreach and the Sisters of Divine Providence. These days, when not involving herself in mission trips an ocean away—or packing medical supplies for Christian Medical Missions Resource Foundation (CMRF)—Jane spends much of her time caring for her eight grandchildren. She is also a member of the Der Sitzmark Ski Club, the Pittsburgh Chapter of Inspired Women and the Steel City Boogie Dance Club.

Jane began to put her gifts and talents to work for the poor villagers of Hoima, Uganda in 2003 when she participated in her first mission trip with Christ Church at Grove Farm located in Sewickley, Pennsylvania. On that and four subsequent mission trips—including a trip in January 2017—Jane worked with other missionaries to meet the basic health, educational, nutritional and spiritual needs of the villagers. They established clinics; taught nutrition, malaria prevention and first aid; engaged in Bible studies and sewed Bible covers; started a coffee farm; built a girls’ dormitory; drilled for clean water and dug water wells; taught women to cook on solar boxes; and gave out reading glasses, vegetable seeds, Bibles, mosquito nets, bicycles, bunk beds, soccer balls, bed sheets and hand-sewn baby dolls. Most recently, the missionaries started an animal farm with chickens, goats and pigs. The animal farm has become a self-sustaining source of steady income for the people of Hoima. The beans from Hoima’s coffee farm are roasted in Middlesex, Pennsylvania and sold as Ugandan Gold coffee in local stores. Proceeds from the coffee farm make it possible to dig borehole wells and have, to date, provided clean water to 250,000 villagers.

The impact of Jane’s Gospel-inspired passion, commitment and willingness to get involved in the lives of those most in need is reflective of Bishop Ketteler’s own untiring commitment to the poor and vulnerable. As a CDP Associate, she has taken Bishop Ketteler’s influence with her to yet another area of our world, showing the face of a loving God and forever enhancing and enriching lives. It is not only the Ugandans, however, who have benefitted from Jane’s spirit of service and self-sacrifice. Her inspiration is passed on to her children and grandchildren and felt by CDP Associates and Sisters alike.

In 1998, the Sisters of Divine Providence instituted the Ketteler Award to honor individuals who demonstrate a strong commitment to social justice. The award, named for Wilhelm Emmanuel von Ketteler, Bishop of Mainz, Germany, and co-founder of the Congregation of the Sisters of Divine Providence, is presented annually. Bishop Ketteler, honored in Germany as the “social justice bishop,” was a tireless fighter for the rights of the working class. He was bishop from 1850 until his death in 1877, at the age of 65. 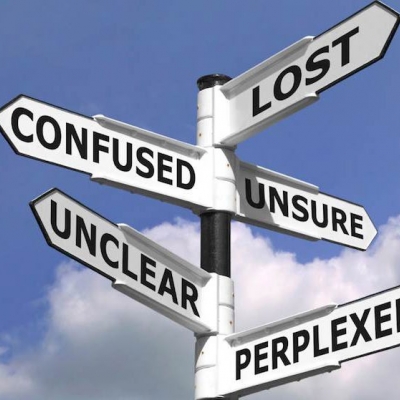 Integrating Gospel Nonviolence into the Life and Mission of the Church

As part of the Sisters of St. Joseph observance of a Year of Peace and Nonviolence, they are sponsoring two public presentations by Marie Dennis, co-president of Pax Christi International and the prime organizer of the Catholic Non-Violence Initiative. This is a wonderful opportunity to hear from Marie Dennis, whose tireless work on peace and nonviolence has drawn international acclaim and attention.

For more information and to register online: www.bit.ly/PeacePresentation

As part of the Sisters of St. Joseph observance of a Year of Peace and Nonviolence, they are sponsoring two public presentations by Marie Dennis, co-president of Pax Christi International and the prime organizer of the Catholic Non-Violence Initiative. This is a wonderful opportunity to hear from Marie Dennis, whose tireless work on peace and nonviolence has drawn international acclaim and attention.

For more information and to register online: www.bit.ly/PeacePresentation

Please join Providence Heights Alpha School for an Open House event. The Alpha School is a private, independent, Catholic school in McCandless Township founded and sponsored by the Sisters of Divine Providence. Since 1926, Alpha School has educated children to be independent thinkers, imaginative problem solvers, and caring, compassionate individuals. Grades PreK to 8th. Registration is recommended for this event but walk-ins are welcome. For further information, contact Admissions at chartman@alphaschool.org or visit www.alphaschool.org.

One sister who will share her story is Sr. Lyn Szymkiewicz of the Sisters of St. Joseph of Baden. To address food insecurity, she and Luke Badaczewski together tend beehives, chickens, and gardens on the Sisters motherhouse grounds. It's called the Earth Tones ministry.

Custom mugs by Sr. Charlotte Tolliver, CDP will be available at the event.

Brunch will follow Mass in the Sisters’ dining room. Please complete and mail the attached form by October 31. 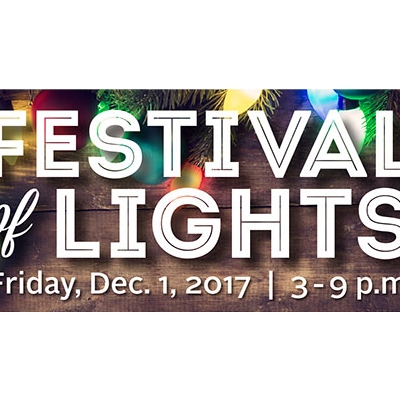 Festival of Lights Set for Dec. 1 in the North Hills

Sponsored by McCandless Crossing, Festival of Lights will run from 3 to 9 p.m. at La Roche and the neighboring Sisters of Divine Providence campus, including Providence Heights Alpha School. Admission is free, and the event is open to the public.

“Festival of Lights has become one of the most popular and anticipated events of the year for the North Hills community. It’s a family-friendly atmosphere and a celebration of the holiday season,” said Colleen Ruefle, La Roche’s vice president for student life and dean of students. “We are fortunate to have such a great neighbor, McCandless Crossing, to sponsor the festivities for the second year in a row.”

Festival of Lights will begin with a craft show and conclude with a fireworks display over the La Roche campus. The evening will feature a live nativity and ice sculpting, food trucks, carriage rides, and activities for children including storytelling, cookie decorating, a bounce house and a visit from Santa Claus. The La Roche Dance Team will perform, and there will be a holiday musical presentation in the Mother of Divine Providence Chapel.

From 5 to 8 p.m. at the entrance of the Kerr Fitness & Sports Center, the La Roche Student Government Association will accept donations for the Cans for Cocoa food drive. Guests may donate canned goods or other nonperishable food items and receive a cup of cocoa for their generosity. 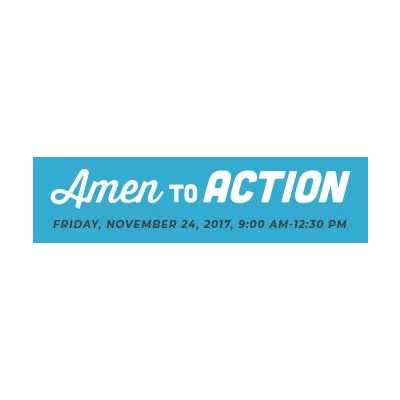 Join us as we come together in the spirit of Jesus to worship and pack one million Meals of Hope for the hungry. On November 24, instead of filling shopping bags full of stuff, fill your heart with joy and satisfaction. First, we’ll celebrate God’s grace and love. With readings. Prayers. Testimonies of thanks. And glorious music, including performances by:

Then we’ll pack one million tasty and nutritious Meals of Hope for the Greater Pittsburgh Community Food Bank.

All faiths and ages welcome.

This event is the outcome of four profound prayer gatherings of leaders from the Catholic, Orthodox, and Protestant communities convened by Bishop Zubik. The leaders asked us to spread the word about this event and perhaps even have some volunteers representing our community at Amen to Action. 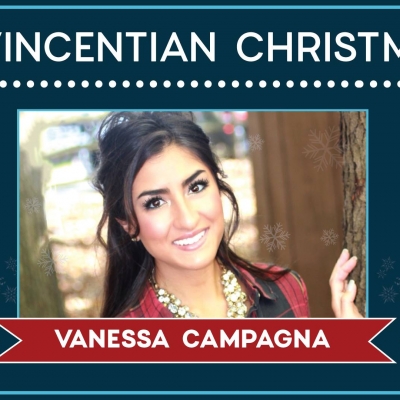 Vanessa Campagna, a Pittsburgh-native and Nashville recording artist, will entertain with an exclusive set of traditional religious Christmas music.

The Mother of Divine Providence Chapel—adjacent to La Roche College campus—provides a beautiful and spiritual setting for this family-friendly event. Proceeds benefit the seniors who live at Vincentian Home, Vincentian Marian Manor and Vincentian de Marillac. For more information, call Laura at 412-548-4056. 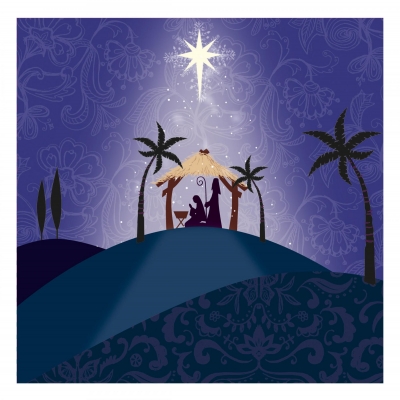 The Sisters of Divine Providence invite you to join in our liturgies for Christmas and New Year's at Providence Heights.  We wish everyone a very Blessed Christmas and a Holy, Happy and Healthy New Year! 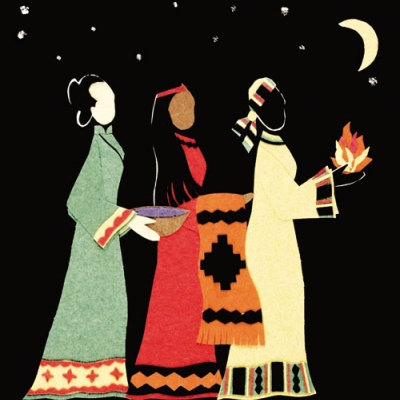 Celebrated on Epiphany (January 6) in Ireland and elsewhere, Women's Christmas offers an opportunity at the end of the holiday season to celebrate with friends and to gather ourselves before diving into the responsibilities of the new year. This day invites us to pause, to rest, to reflect. In this spirit, Jan Richardson creates retreats that you are welcome to download and use, at no cost, either by yourself or with others. Blessings on your Women's Christmas!

Click on the attachment below to download the free Women's Christmas retreat, "The Path We Make by Dreaming" as a PDF. If you would like to make a contribution in support of the Women's Christmas retreat, click here to donate. (A donation of $7 is suggested, but whatever amount you'd like to donate will be greatly appreciated.) Sanctuary of Women will share the profits with the A21 Campaign, an organization devoted to ending human trafficking and providing sanctuary and healing for those rescued from slavery. For more information, visit sanctuaryofwomen.com. 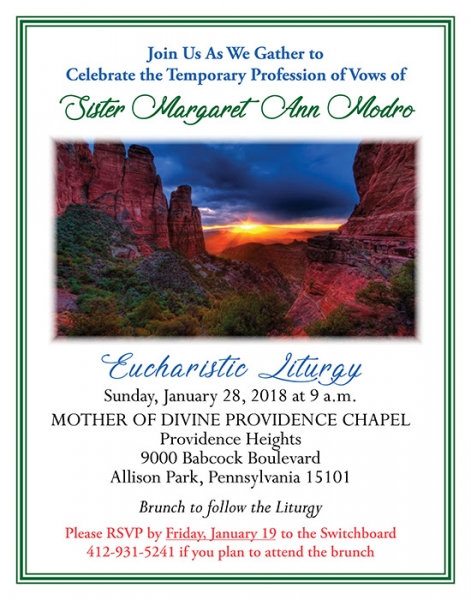