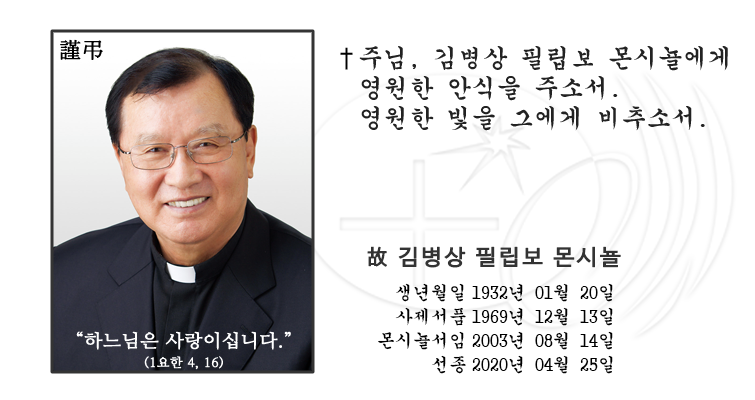 Father Philipus Byung Sang Kim of the Diocese of Incheon died on April 25.  He is a long time friend, supporter and benefactor of the Sisters of St. Joseph Province in S. Korea, He remained a good friend to the Sisters until he died.

Besides his support of the Sisters of Divine Providence, he also was an advocate for social justice within S. Korea. He was considered a "godfather" for the democratization social concerns movement since 1972.

Truly, he will be missed by many.

Let us keep him in prayer at this time.