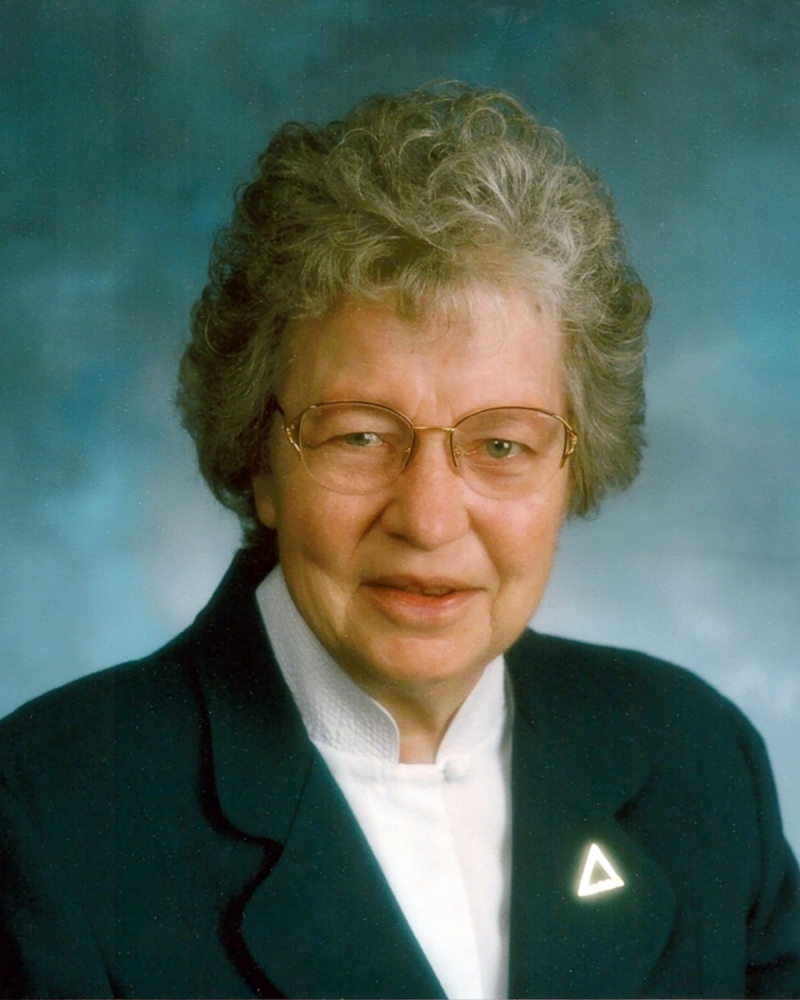 We commend to your charity the soul of our beloved
Sister Alicia Schweitzer
Who departed this life on October 14, 2017
In the sixty-sixth year of her religious life
Age: 82 years, 5 months, 29 days

On the morning on October 14, 2017, Sister Alicia Schweitzer entered into the embrace of our Provident God. Dolores Schweitzer was the youngest of four children. Her parents, Peter and Anna Marie (Freund) Schweitzer made their home in McKeesport, Pennsylvania where Dolores first met the Sisters of Divine Providence at St. Mary School. It was Sister Paraclete who helped Dolores to recognize and nurture her call to religious life. She entered the community in 1951 and received the name Sister Alicia as a novice in 1952.

Over the course of many years, Sister Alicia earned degrees from Duquesne University, Villanova University and Dayton University as preparation and support for many varied ministries. She was a teacher, principal, formation director, pastoral minister and accountant. Her primary ministry was education. She taught every level from elementary through high school and served as a school administrator. Thirteen of those years were spent in Puerto Rico.

In the 1990s Sister Alicia was first diagnosed with Parkinson’s disease. Nonetheless, she courageously continued in ministry and became part of the pastoral team at St. Mary’s in Export, PA. In 1998 she returned to the Provincial House where she joined with other sisters in Prayer Ministry. Throughout her days she was supported and cared for by her sisters in community, and two of her dear and faithful friends, Sr. Concepta Stanko and Fr. Dismas Young, OFM, Cap.

Sister Alicia was a very gifted woman. In addition to her leadership skills, she was creative and artistic. Her classmates recall her writing, producing, and directing skits and plays even during her novitiate days. She also had a keen sense of humor and was described as one who was never afraid to tackle a job.

Sister Alicia was a woman of prayer. She considered the Eucharist to be central to her life. She had a great devotion to Our Lady; her favorite prayer was the Hail Mary and she was faithful to the daily recitation of the rosary. As Sister Alicia was faithful to Our Eucharistic Lord, and Our Blessed Mother, surely they accompanied her during her prolonged illness and finally brought her to the Eternal Banquet.

CLICK HERE to make a contribution in honor of Sister Alicia's memory.