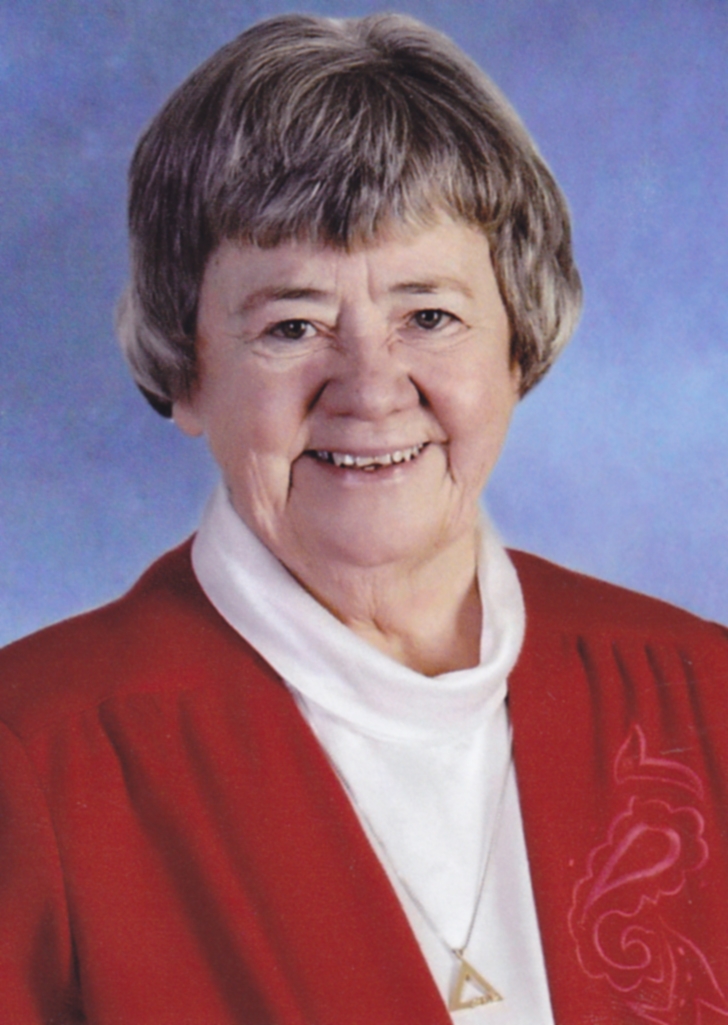 We commend to your charity the soul of our beloved
Sister Carleen Richards
who departed this life on June 7, 2015
in the sixty-second year of her religious life
Age: 77 years, 8 months, 3 days

How fitting that Sister Carleen Richards completed her journey to God as we celebrated the Solemnity of the Most Holy Body and Blood of Christ. During her lifetime, Sr. Carleen had a special devotion to the Eucharist, both in keeping hours of adoration at her parish church, Holy Trinity in Paola, Kansas, and in helping individuals with special needs to participate more fully in the sacrament of the Eucharist. Sr. Carleen returned to Pittsburgh in February, as she came to the understanding that she needed medical help that was not available to her in Paola. During the months that she has been home with us, she became less able to take nourishment and became weaker. She passed into new life surrounded by family, friends and her Sisters in Community.

Roseabelle Richards was the second youngest of the six children born to Sarah Toberg and George Richards. She entered the Community from St. Margaret Parish in Green Tree, Pa. She was attracted to the congregation through the Sisters who taught her at St. Margaret’s, especially, Sr. Eucebia who invited her to make a retreat at the Motherhouse. The retreat led her to attend her first two years of high School at Divine Providence Villa. She entered as a high school junior and never regretted it. She also felt that her vocation was fostered by her parents who encouraged her to follow her “calling.” She once recalled that she always had a strong sense of call and that she was open to God’s lead in whom she would serve in ministry.

Sister Carleen received her bachelor’s degree in education from Duquesne University and taught for 13 years in the primary grades of Catholic Schools in Pittsburgh, Ohio and West Virginia. When it came time to pursue a master’s degree, she again chose an education degree at Duquesne, but with a concentration in special education. Through the pioneer work of some of our Sisters, many of the schools which we staffed had special education classrooms. Her desire to help students with special needs started early in her teaching career when a pastor asked her to prepare a child with Down’s syndrome for his first communion. She said, “From then on I knew where my interest lay.” She entered the field of special education full time in 1969 at St. Anthony’s School for Exceptional Children. While she taught special needs children in grades K through 12, she also was coordinator of vocational programs for students ages 18 to 21, preparing them for jobs. She taught at St. Anthony’s for 14 years until it closed. Through Estelle Murphy, the last Director of St. Anthony’s, Sr. Carleen learned about Lakemary Center in Paola. It was here that she worked with the graduates of Lakemary and other individuals eligible for services from the state’s vocational rehabilitation program to get jobs. She spent 10 years at Lakemary as a job placement specialist. At Lakemary she also initiated classes for Catholic students to prepare them for the sacraments of Eucharist and Confirmation. As she did at St. Anthony’s, she started a Scout Troop for boys, giving them the experience that was available to other boys. For her work in Scouting, Sr. Carleen received the St. George Emblem from Bishop Leonard, an award given to adult leaders in Boy Scouting Programs. She was one of two women who had received the award at that time. Her experiences at both St. Anthony’s and Lakemary gave her the incentive in 1994 to pursue job placement on a larger scale. She started her own business, Employment Plus, in which she was a private contractor for the state of Kansas to help individuals with disabilities find employment. She has been described by Estelle Murphy, with whom she has lived for 27 years, as determined when she has a cause, upbeat and always very positive. In the early 1990s, Carleen was involved in job placement on the state and national level. She worked for the passage of the Americans with Disabilities Act and was invited to stand with President George H.W. Bush when he signed the act into law.

During her lifetime, Sr. Carleen had a sense that through the Eucharist the faithful discover true intimacy with God and with one another. She wanted those who experienced limitations of any kind to experience that communion and healing which comes through this sacrament. We rejoice with Sr. Carleen that she is now experiencing the fullness of unity and peace that are the fruit of her communion with the Lord.