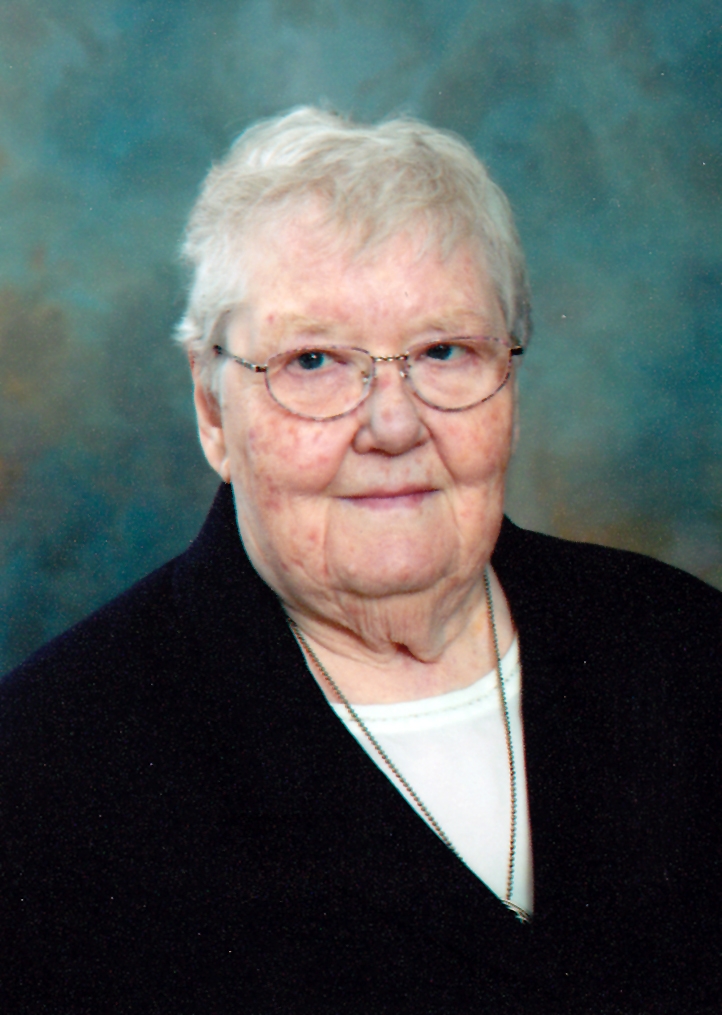 We commend to your charity the soul of our beloved
Sister Danella Hyland
Who departed this life on August 29, 2019
In the seventy-fifth year of her religious life
Age: 91 years, 1 month, 24 days

"May they see the glimmer of Heaven’s light calling them deeper and deeper into eternal beauty."
—Liam Lawton

Geraldine Mary Hyland was born July 4, 1928, in Buffalo, New York. She was the second child of William H. Hyland and Mary H. Shannon Hyland. Her older sister’s name was Marian. When Geraldine was very young, her mother died. She often said that her father died of a broken heart not many years after that. She and her sister went to live with other relatives. Geraldine lived with her mother’s sister, Danella F. Rinaman. She was raised with her aunt’s three sons, Stan, Dan and Tom Rinaman and considered them her brothers. It was many years before she was reunited with her sister, who then preceded her in death.

Geraldine entered the Sisters of Divine Providence on November 21, 1944. As a novice she was given the name Sister Danella. After making her novitiate in Pittsburgh and ministering for a few years there, she came to New England in the early 1950s when it was first a mission of Pittsburgh. Gifted in culinary arts, Sr. Danella served at Cardinal O’Connell Minor Seminary, where she cooked for the seminarians and their faculty. She later took charge of the kitchen at Sacred Heart High School, cooking for the Sisters, staff and students. A change in ministry later found her working with the resident students, overseeing their care in the dormitories. For many summers Sr. Danella also cooked at Camp Mishannock, enjoying the beauties of the lake and surrounding woodlands.

In the late 1980s and into the 1990s, Sr. Danella fulfilled a dream of hers by working as a vocational assistant with the special needs students at St. Coletta (now Cardinal Cushing) School in Hanover, MA. As a part of the food service team, she helped the students develop their own skills and to feel successful. She also taught some religion classes for them, which gave her great delight.

Despite having limited vision in one eye, Sr. Danella, nevertheless, had an eye for beauty. When she was selected to participate in one of our earliest international programs in Germany, she returned home with the most beautiful pictures of the sacred places in our history. She assembled them into an album which was shared far and wide. In recent years, Sr. Danella lived with the effects of a stroke, which further limited her sight. But she continued to see beauty all around her. She would often express her gratitude for this and for all the help that she received from others, saying, “I am really blessed.” We were all blessed to have her in our lives. Now she can gaze clearly on the beautiful face of her God.