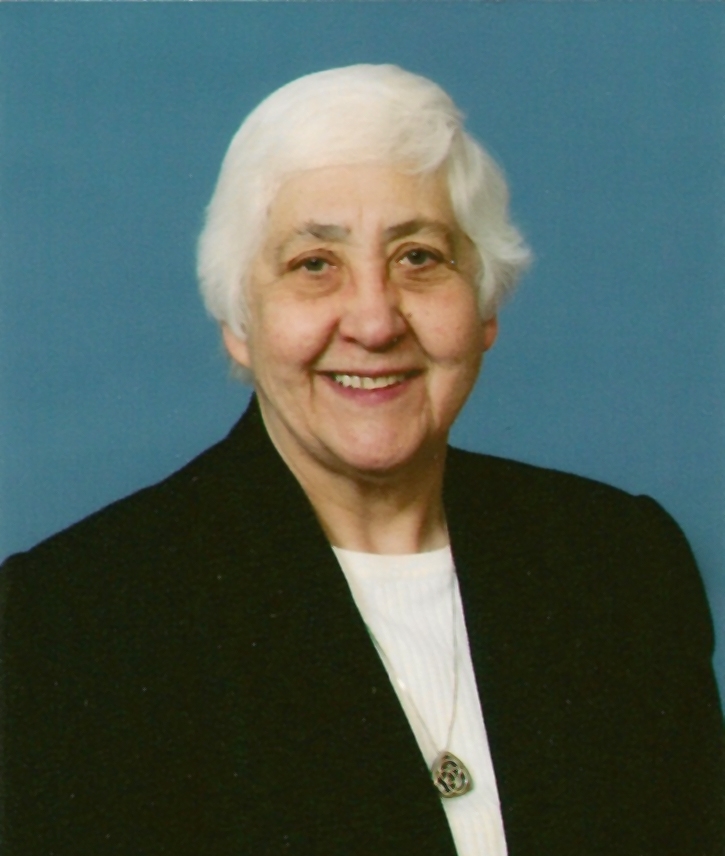 We commend to your charity the soul of our beloved
Sister Ida Mary Lutz
who departed this life on August 10, 2016
in the sixty-fifth year of her religious life
Age:  85 years, 16 days

“My song will be for you forever.  You, the music in my heart.”  (David Haas)

Sister Ida Mary sang a song of love and faithfulness as a Sister of Divine Providence.  She opened herself to the gift of Providence and, in communion with her Sisters, committed herself to co-create a world of compassion, justice and peace.  As a woman of Providence, she immersed herself in the spirituality of Pierre Teilhard de Chardin and sought to be transformed to love and to see God’s presence everywhere in the universe.

Valeria Ann was the third of six children born to Mathilda Yester and George Lutz in Etna, PA.  Her sister, Nancy, shared that when growing up, she remembered a home filled with faith, love and laughter.  She entered the Community from All Saints, Etna on December 27, 1949.

Ida Mary began her teaching career in Pittsburgh, PA, but in 1958 responded to the call to minister with her Sisters in the formation of Our Lady's Province in Kingston, Mass. She dedicated a significant portion of her life to teaching science, spending more than forty-five years as a teacher and/or principal at Sacred Heart High School, inspiring and encouraging students to be all they were meant to be! Her passion as a scientist and love for the universe was evident in and out of the classroom.  She immersed herself in reading and exploring the new cosmology which reflects the oneness and the interconnectedness of all of creation.  She delighted in spending time outdoors, immersing herself in all of creation.

During her years as Provincial, 1981 – 1990, Ida Mary oversaw the construction of the Home Care Annex, later named the Lourdes Center.  She sought to make this a place of comfort for the elderly and infirm members of the Community.  As a Board Member for the Plymouth Area Coalition for the Homeless, she was instrumental in the Province’s donation of land where a shelter for homeless families could be built.  Pilgrim’s Hope Shelter continues to flourish, offering a haven for many in dire need.  After completing 10 years as Provincial, she spent several months in a rural Appalachian area, St. Charles, VA, with Sisters Elizabeth Vines, CDP and Beth Davies, CND, being a Providence presence.

Ida Mary was a faithful companion to her Sisters in Community.  She was known as a genuine woman of integrity, simplicity and gentle strength.  Sisters, family and friends often noted in the last few months of her life how Ida chose to live to the fullest as she continued to be present to all.  She was always eager to help the Sisters enjoy a good party on special occasions, ever ready to play games and relax.

Ida Mary received the gift of a harp when she celebrated her Golden Jubilee.  She took lessons, developed her skill at playing the harp and, on occasion shared her gift of music with the Community.  The time she spent playing her harp were moments of prayer and contemplation.

Ida Mary pledged her love forever and joyfully shared her gifts and lived in service to others, the Church and the universe.  And, in the spirit of Chardin, she harnessed her energies for a love that never ends.

“Joy is the infallible sign of the presence of God.”  (Pierre Teilhard de Chardin)