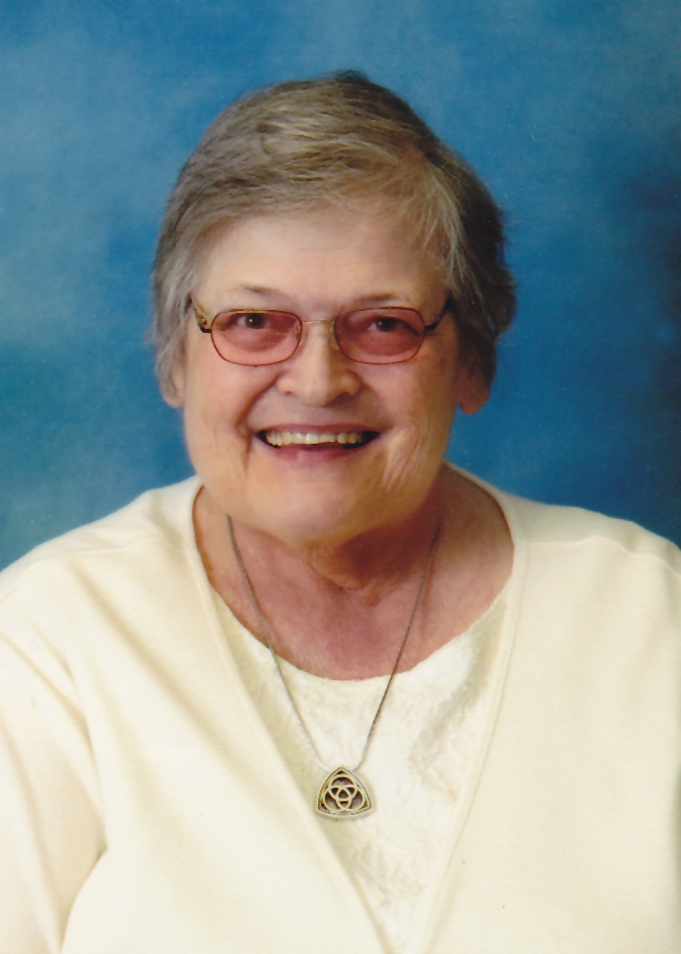 We commend to your charity the soul of our beloved
Sister Maria Goretti McClary
who departed this life on May 28, 2017
Age: 76 years, 3 months,  22 days

Elizabeth Margaret McClary was born in St. Louis, Missouri to James McClary and Elva Davis on February 7, 1941. She was preceded in death by her parents and brother, Robert. Besides being our Sister, Maria was the proud and loving aunt to Sean Terry and his wife Naomi and great-aunt to their twin boys, Elijah and Isaiah.

Elizabeth (Betty) entered the congregation August 17, 1956, became a novice and received the religious name Maria Goretti, and professed first vows in 1959. Her first ministries in community included cooking and housekeeping at Mt. Providence and local missions in the Missouri and Illinois areas. Before making final vows, she left the community and continued to journey, grow, and discern her life’s call in God’s Providence. In 1980, Maria re-entered the congregation.

In 1984, Maria earned an associate degree in early childhood education from Florissant Valley Community College. For many years afterwards, her ministry was to be God’s loving and affirming presence to young children as a teacher and a caregiver. Maria loved being with children and cultivated not only learning in them but self-esteem. Above all, she wanted each child to know they had dignity and value and that they were loved.

Maria loved to dance, watch videos, play cards, and enjoy dogs. She thrived in community celebrations and reminded her Sisters and friends in their birthday cards that God danced the day that they were born. She was known to play cards with Sr. Joan Wolf for hours on end and since both wanted to win, the games were always memorable.

In 2004, Maria moved to the Villa, an assisted care facility, in Alton, Illinois and although she found this move challenging on many levels, she said simply: “I’m going to think of all the positives.” In 2007, she moved to Pittsburgh so she could receive the care she needed. She continued to be involved with living as fully as possible. She participated in the Life Pittsburgh program and loved the enrichment it provided with activities and meeting others.

After her stroke, conversations were more limited but Maria’s efforts to communicate were full of interest and love. When she saw you approaching her, she became sunshine, beaming with a joy that no one could take from her. At the end of visits, she could often be heard saying very clearly: “I love you” as part of her good-bye.

Maria has been called into the fullness of God’s love where she is surely saying with Jesus: “Let the children come to me and do not stop them; for the kingdom of God belongs to such as these.” (Luke 18:16-17)