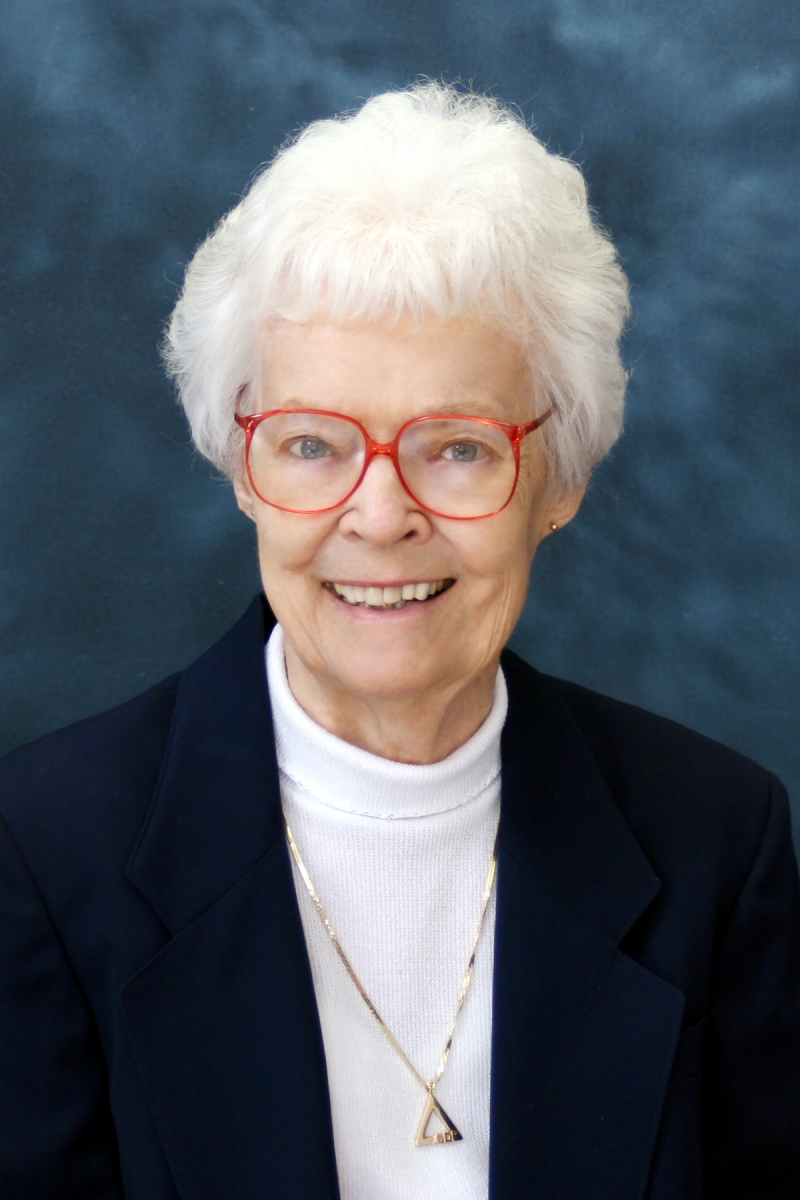 We commend to your charity the soul of our beloved
Sister Maura Anne Dunn
Who departed this life on December 26, 2019
In the fifty-second year of her religious life
Age: 90 years, 4 months, 24 days

On August 3rd of 1929 Shirley Victoria was born to Bertha (known as Bea) Dunegan and Edward J. Dunn Jr. Eight years later her brother Ted (Edward J Dunn III) joined the family in the Swissvale borough of Pittsburgh, PA. She attended the parish grade school at St. Anselm’s and later Swissvale High School. As a young woman she began studies at the University of Pittsburgh, but then pursued training to be a stenographer and paralegal. After working for 3 years at the Carnegie Library of Pittsburgh, she took a position at the Pentagon and worked for 13 years with the Air Force JAG (Judge Advocate General) department.

During a period of experiencing life-saving emergency surgery and a long recuperation, she decided to enter religious life. During her illness she had become acquainted with the Sisters of Divine Providence who staffed and administrated the Braddock General Hospital and became friends with Sister Maurice who worked there. On September 10th of 1967 Shirley entered the Sisters of Divine Providence along with 21 other young woman who were much younger than she. As a novice Shirley took the name of Maura Anne as she has always had great devotion to Mary.

After returning to college studies, Maura Anne completed a bachelor’s degree in sociology at La Roche College (now University) and began working at Divine Providence Hospital in the Social Services department, having on-the-job training with Sister Donna Marie Dorfner. Maura Anne loved working at the hospital and was able to pull from her own life experiences in relating with the patients and families that she assisted. She worked there for 19 years and after caring for her ailing mother, went on to minister at La Roche at the Welcome Center and Admissions Office. In 2017 Maura celebrated her 50th Jubilee and received the 2017 Woman of Providence Award from La Roche.

Whatever position she held as well as during her years of failing health, Maura Anne considered her work to be her ministry to those in need of her services. From patients and families, to college students, her sisters in community, and the nursing staff who provided her care, she graciously greeted everyone with a genuine desire to listen to how you were and would send you off with her magnificent smile and a “have a great day!”

CLICK HERE to make a contribution in honor of Sister Maura Anne's memory.