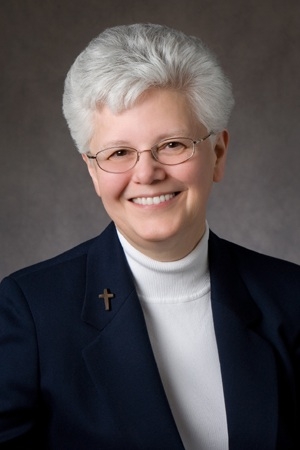 She has her Ph.D. from Duquesne University. Among her teaching assignments were St. Mary’s in Glenshaw, PA (1962–66), Marycrest High School (1966-1967) and St. Mary’s High School in McKees Rocks, PA (1967–72). In 1999, Sister Carole founded the West Virginia Institute for Spirituality in Charleston, WV. From 1969 to 2017 she was professor of music and spirituality at Duquesne University. In addition, she has authored many tapes/DVDs/CDs for publication through St. Anthony Publications, Alba House Publications and St. Paul Press.

Sister Carole bases her living on the words of the Community’s foundress: "Visibly do I see in all things the wonderful Providence of God." Marie de la Roche was led to action through contemplation, and Sister Carole believes her graced collaboration with the Spiritans and with ecumenical communities through music teaching and spiritual direction enables her to be both a contemplative in action and to be a witness to the vibrancy of Providence today.

Her travels have allowed her to experience spirituality from the people around the world whom she has been honored to serve. Sister Carole was awarded the Emil Penet National Religious Formation Award acknowledging "mentoring model of incorporation and its impact on the international formation process." Sister Carole holds Duquesne University’s Presidential Service Award, Century Club and Distinguished Alumni Awards.

In addition to playing the piano and flute, Sister Carole's other hobbies are cooking, reading, walking and sewing.

CLICK HERE to make a gift in honor of Sister Carole's 60th Jubilee.