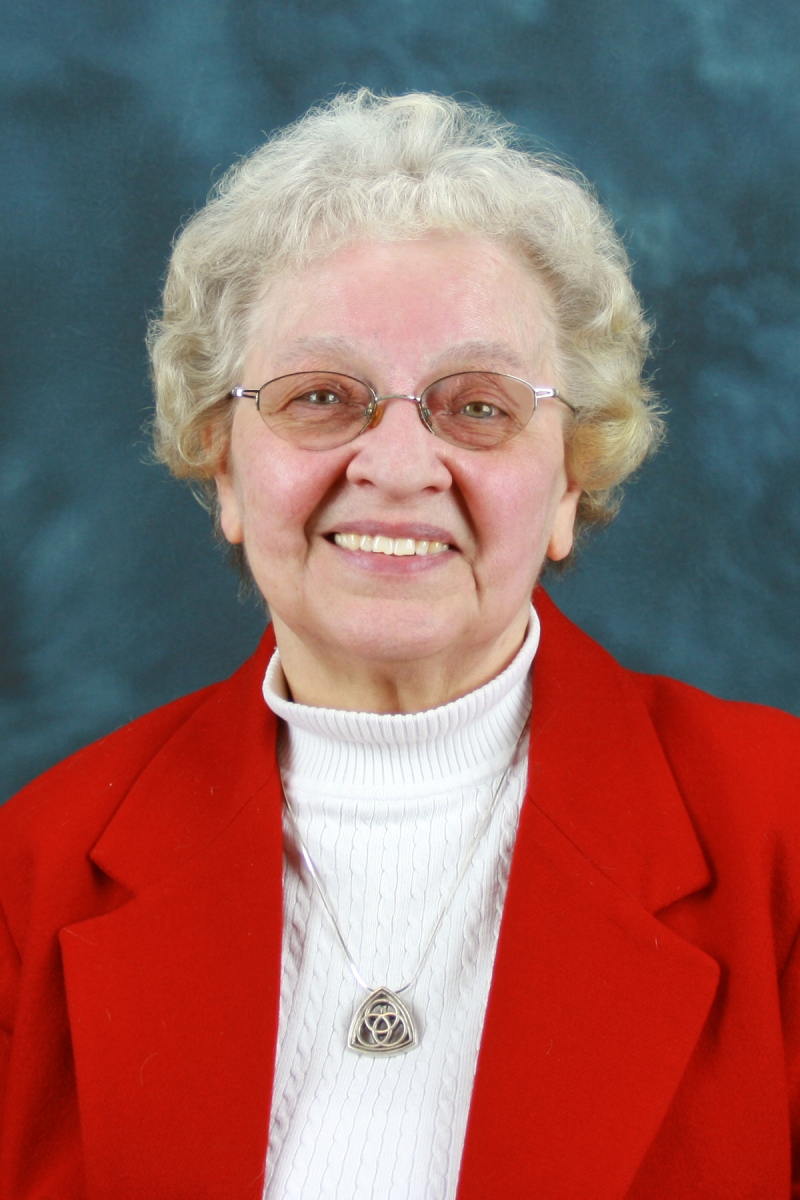 Sister Catherine Ann Koller, formerly Sister John Joseph, entered religious life from St. Joseph parish in Duquesne, PA. She credits her family’s commitment to the practice of the Catholic faith and the Sisters of Divine Providence who taught her as the inspiration for her vocation. She felt drawn to the Community and attended Marycrest Prep School before she entered.

Of what aspect of religious life she has found most satisfying, rewarding or surprising, Sister Catherine Ann said, “Our Provident God has guided my life and decisions. Opportunities for service and ministry unfolded in surprising ways when I have something entirely different planned. For instance, the 'stand-in jobs' that come along when I'm doing my regular routine as an educational consultant. This has happened three different times since I've returned from my few years as a curriculum coach. My official job as an educational consultant (1990-2012) was eliminated when the Catholic schools office was down-sized. I had to find a job that fit my education, experience and that sounded exciting. I checked other diocesan websites and saw a lot about 'curriculum coaching.' I found out that I could be paid to be a curriculum coach within our diocesan schools. There were seven other Sisters from different communities who completed their terms as principals and were also looking for a new educational adventure. I worked with the Diocese of Pittsburgh schools office and we got together to discuss and learn how we could be 'curriculum coaches.' We were hired to work in our diocesan Catholic schools. I began by visiting schools I had served as a consultant. I visited classrooms and observed the teachers in action. Some teachers who had been at the same school for a number of years, teaching the same subjects to children in the same grade levels needed to refresh their methods or try a new approach to helping the children grasp the concepts they were teaching. I enjoyed this work but still felt that my job was in the schools office as a consultant. In 2015, a friend called me to say that my former position as an educational consultant was again open. I was interviewed on March 11, 2015, and was hired. I began again as an educational consultant on April 13, 2015. My job description included working with the curriculum areas of art, music and world languages. I also had 18 schools to service as their education consultant. I'm still there and am grateful to being on this educational adventure."

Sister Catherine Ann describes herself as joyful, dependable and practical. In her spare time, she enjoys talking with friends, cross-stitch embroidery, working crossword puzzles or reading a good mystery novel.