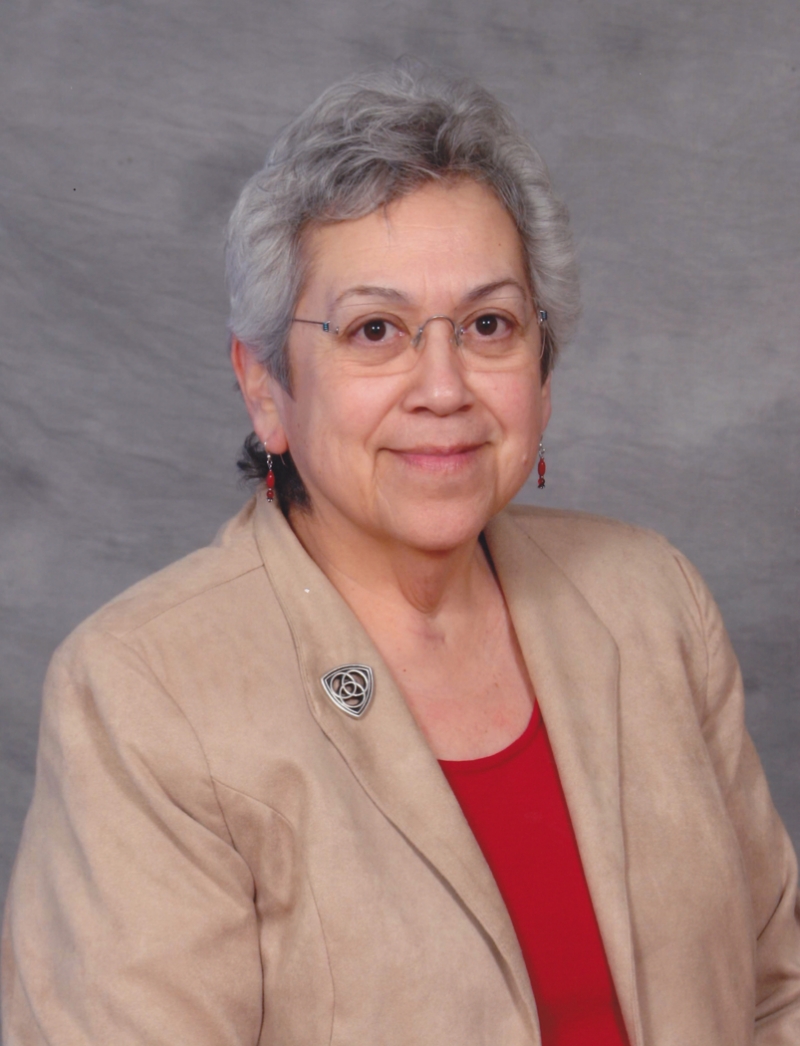 Sister Josephine Macias, formerly Sister Marie Anselm, entered religious life from Our Lady Queen of Peace in Harper Woods, Mi. As a sophomore in public high school, she came to a strong realization that she was meant to be a Sister. Her parish priest suggested that she meet with the Sisters who taught at Our Lady Queen of Peace. It was there that she met Sister Teresa Bernhart, who invited her to a weekend retreat at Providence Heights. She remembers that when the car arrived at the entrance to the mother house, she not only felt at peace, but she knew she’d come to the place where she belonged.

Sister Josephine taught art at Divine Providence Academy (1971–78). At St. Francis Cathedral School in the Archdiocese of Santa Fé, New Mexico, she was principal (1997–98), co-principal (1998–99), and development director administrator (2000–06). She was the development director at Santo Niño Regional Catholic School (2007–08). After a brief sabbatical, she became the director of elementary religious education at the Cathedral Basilica of St. Francis of Assisi (2009–12), and in 2013, she became the director of religious education at St. Francis de Sales Church in Lansing, Ks.

Sister Josephine believes that Providence drew her into the Congregation of Divine Providence. She says, “Without fully understanding what the concept of Providence meant at the age of 16, it has taken a lifetime to define this term that I live.” She recalls receiving a clay heart several years ago with the word abundance carved into it. At first, she was dismayed to think that it just added to her collection of memorabilia she’d accumulated as a teacher, but through the years, she realized that abundance is another word for Providence. She says, “Now I see the magnificent bounty that God offers me in friends, experiences, challenges, beauty, and life itself.”