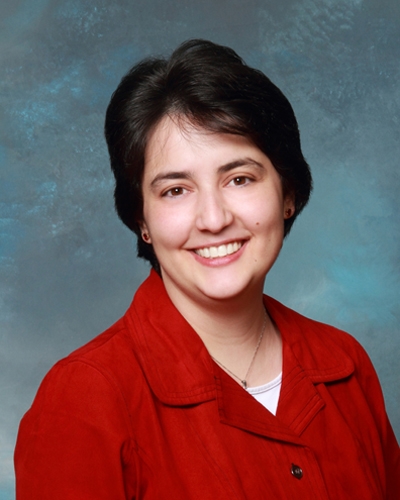 In 2011, Sister Karina Conrad entered the Community as a novice. She was born in Miami, Florida, and became acquainted with the Congregation by using the internet and “Googling” Sisters of Divine Providence. She came to know Sister Carole Riley and, subsequently, attended one of her summer retreats. She has worked with the students at Providence Heights Alpha School, helped with several community projects, including helping to develop biographies for the Sisters living in the Pittsburgh motherhouse, and since 2013, has ministered at La Roche College as the coordinator of service learning.

In March of this year, in celebration of Women’s History Month, Sisters Elena Almendárez and Karina Conrad attended the National Catholic Sisters Week inaugural event at St. Catherine University in St. Paul, Minn., with two La Roche College students. The initiative was part of a national campaign to raise awareness of women religious, made possible by a $3.3 million grant from the Conrad N. Hilton Foundation. The objective of the event, which brought together college-age women and women religious from various congregations, was to form a network of the two groups and to engage young women in conversations about religious life and the use of social media in promoting vocations. The young college women are to connect with a Sister to record her untold story, thus creating a thread of oral histories throughout the many congregations.

Sister Karina’s ministry also includes volunteer time with the La Roche College students at Repurposed, a thrift store in an indoor mall in the North Hills of Pittsburgh. Started by Living in Liberty, an anti-human trafficking organization in Pittsburgh that works to provide aftercare for women and children rescued from the commercial sex industry, Repurposed is staffed exclusively by volunteers, collects donations from individuals and church groups, and then resells the clothing, shoes, housewares, and furniture to help support Living in Liberty.