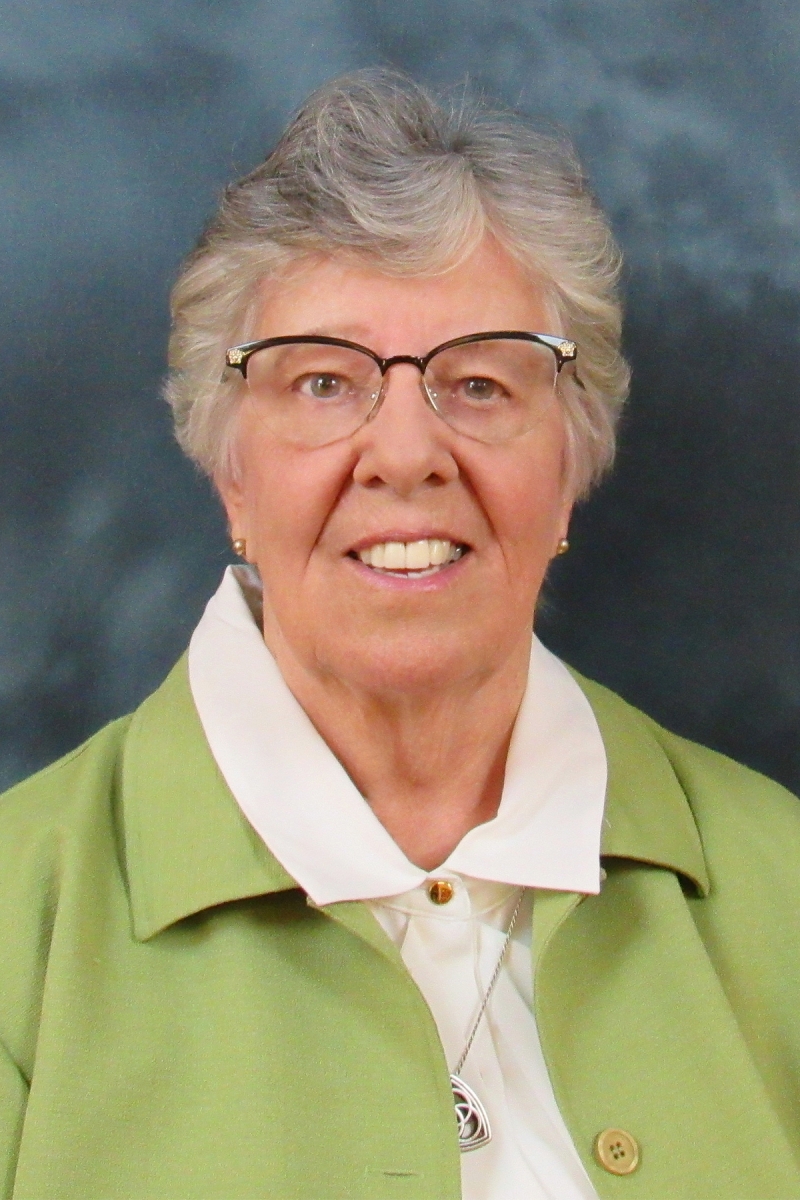 Sister Loretta Jean Schorr entered religious life from St. Joseph Parish in Duquesne, PA. She credits the Sisters of Divine Providence who taught her with influencing her decision to enter religious life because she admired their dedication and joyfulness.

Sister Loretta Jean was an elementary teacher for 10 years at schools in the Diocese of Pittsburgh, including St. Mary’s in McKees Rocks, St. John’s in Monaca, SS. Peter and Paul in Beaver, St. Mary in Glenshaw and St. Margaret in Greentree, and a religious education coordinator at St. Anne in Castle Shannon, St. Winifred in Mt. Lebanon and St. John Capistran in Upper St. Clair. She directed the religious education for military families in Mainz, Germany in 1976. In 1978, she was invited to the Diocese of Wheeling-Charleston where she coordinated the Diaconate formation program and later the Adult Faith Formation program. During this time she also taught part-time at Wheeling Jesuit College in their Master of Arts program and gave retreats and spiritual direction. In 1984, Sister Loretta Jean accepted a position as director of adult faith formation at St. Francis of Assisi Parish in Raleigh, NC. During the six years she was in North Carolina, Sister Loretta Jean became active in social justice issues that included migrant workers, the death penalty and Witness for Peace. She participated in a delegation that traveled to Guatemala/El Savador, prayer vigils on the eve of execution for individuals on death row and Good Friday Stations of the Cross marches through Raleigh. She continued her work with the marginalized when she later accepted a position as coordinator for volunteers at Urban Ministries of Raleigh, which worked with the homeless. In 2002, she returned to the Diocese of Pittsburgh to accept a position as program director at Kearns Spirituality Center in Allison Park where she continued to offer and sponsor adult faith formation programs. From 2008-10, she ministered as the director of operations for the Jubilee Kitchen in Pittsburgh. From 2011-2018, she served as co-director of the motherhouse in Allison Park. During this time, in 2012, she had the opportunity to participate in a 10-day trip to Cuba through the Witness for Peace program based in Washington, DC. The group learned about sustainable living, hearing lectures on Cuban culture and making on-site visits to senior citizen facilities and schools to see local gardening operations. Upon their return to the U.S., the group traveled to Washington, DC to share what they learned with legislators. After leaving her ministry at the motherhouse, Sister Loretta Jean took a sabbatical for life-long learning and travel and then was once again called by God to minister at Jubilee Kitchen to work with the marginalized.

She says, "Trusting in Divine Providence all my life, I believe God leads us where he/she wants us. As one of my wisdom figures said to me one time, 'God is always there before we get there.' My journey has been faith filled, visionary and adventuresome. I have come to enjoy life-long learning, card games and pickle ball along the way and spending time with community members, family and friends. In my later years I am learning to just 'hang out' with Jesus. It is fun and full of surprises."

CLICK HERE to make a gift in honor of Sister Loretta's 65th Jubilee.