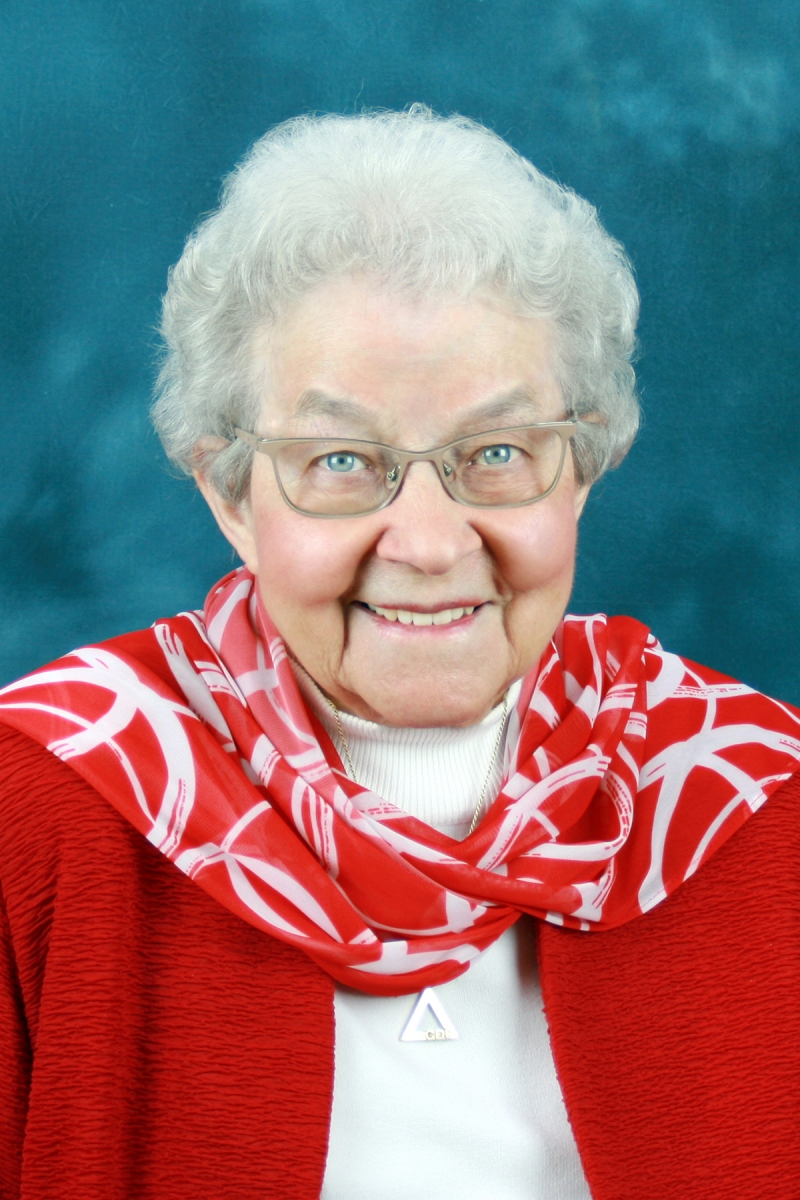 Sister Maura Luffy entered religious life from St. Basil parish in Carrick, PA. One of 11 children, her sister Marlene is also a Sister of Divine Providence. She lost her father when she was only 9, but credits her mom with raising a tight-knit family. It was her mother’s faith, the way she lived her life, and the respect she had for the Sisters who taught her that strongly influenced her decision to become a Sister.

Sister Maura earned a bachelor’s degree in education from Duquesne University and a master of arts from La Salle College. She was a teacher in the early part of her ministry, including Marycrest Prep School in Allison Park (1962–68). Her other ministry positions included councillor/director of novices (1981–87; 83–85); assistant to the provincial (1987–90); general council (1990–95), and pastoral associate at St. Joseph Catholic Community in Sykesville, Md. (1996–01). She served as co-director at Providence Villa (2001–09), and has been a spiritual director since 2009. Since 2012, she has served as the Community’s novice director. She says, “Perhaps this position best reflects who I am, as I love to accompany others on their spiritual journey and I have a great desire to be of service to others.”

CLICK HERE to make a gift in honor of Sister Maura's 70th Jubilee.