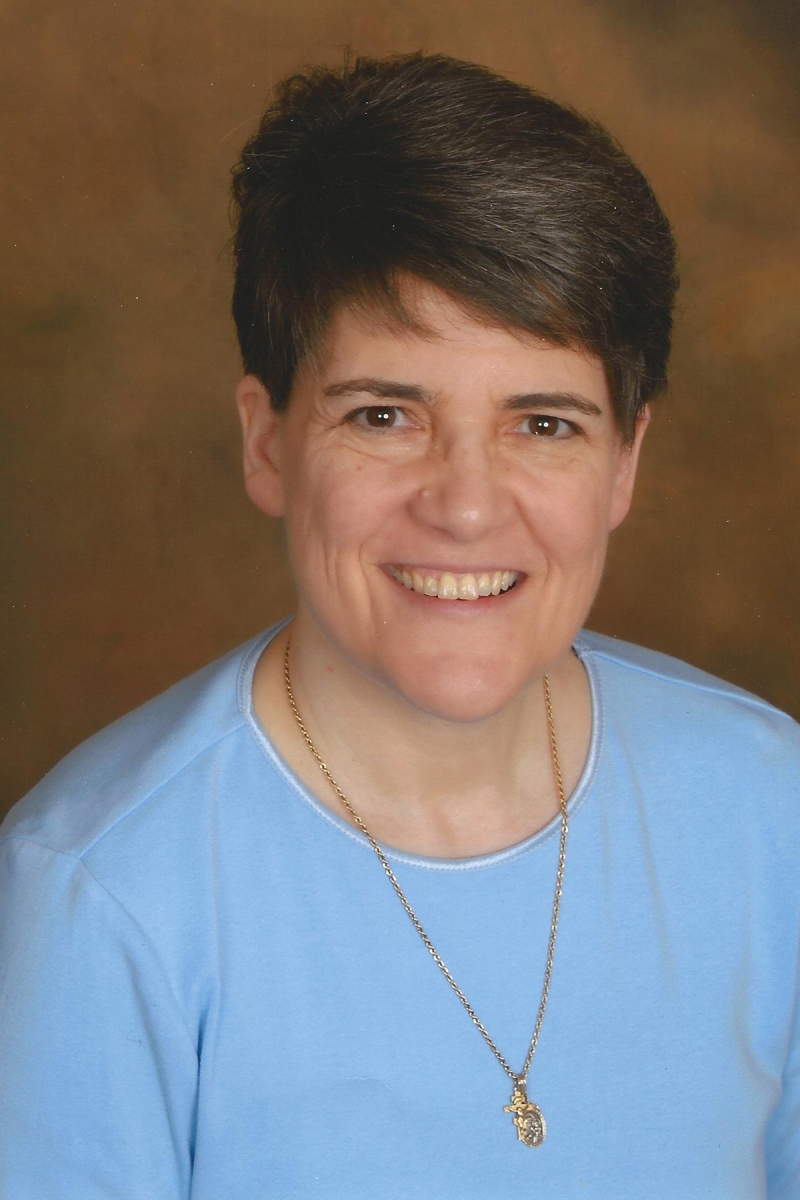 Sister Robin Nordyke entered religious life in 1992 from St. Michael the Archangel in Staunton, Illinois. She credits her parents, especially her mother and how she lived her life, as well as women religious that she had encountered for influencing her decision to enter religious life. She had often thought about becoming a Sister because of her positive encounters with others in religious life while growing up in a small town in southern Illinois. She says, “How they lived their lives and how happy they seemed to be, made a great impression on me.” Eventually, she felt that God was calling her, and she chose the Sisters of Divine Providence because of their charism of trust, something she felt she lacked in herself. She also recalls, “It just felt right to be with them.”

Sister Robin earned a Bachelor of Science in social justice administration from the University of Illinois Springfield (formerly Sangamon State University) in Springfield, Illinois, and a Licentiate in Canon Law (J.C.L.) from The Catholic University of America in Washington, D.C.  She was a patient service representative at St. Elizabeth Medical Center (now Gateway Regional Medical Center) in Granite City, Illinois (1995–2002). For nine years (2005-2014), she was the tribunal coordinator/promoter of justice for the Diocese of Springfield-Cape Girardeau. Since 2014, she has been a tribunal judge in the Metropolitan Tribunal for the Archdiocese of St. Louis.

CLICK HERE to make a gift in honor of Sister Robin's 25th Jubilee.