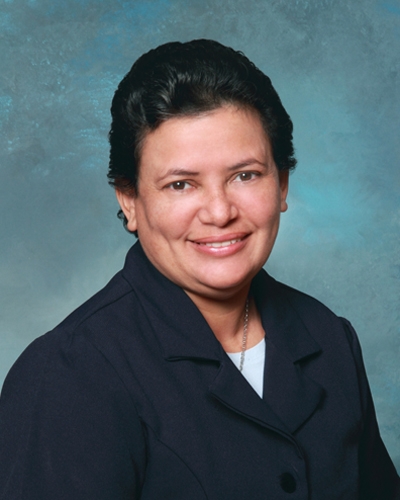 In 2011, she entered the Community as a novice. Born in Cidra, Puerto Rico, Sister Sally was acquainted with Sister Ana Lydia Sonera Matos, whom she asked to accompany her on a spiritual journey. While she didn’t believe she wanted to become a Sister of Divine Providence at the time, she did pray with the Sisters in Arecibo and Bayamon, participated in retreats, and attended dinners. In time, she felt called to enter the Congregation. She studied English at La Roche College in Pittsburgh, Pa.

In 2013, Sister Sally made her First Profession of Vows in Mother of Divine Providence Chapel in Pittsburgh. As a temporary professed Sister, she entered into full-time ministry. During this time, she will broaden her understanding and appreciation of the real nature and challenges, as well as the life-giving characteristics, of religious life. She will, thus, be able to further discern her call to religious life and to the Sisters’ international congregation.