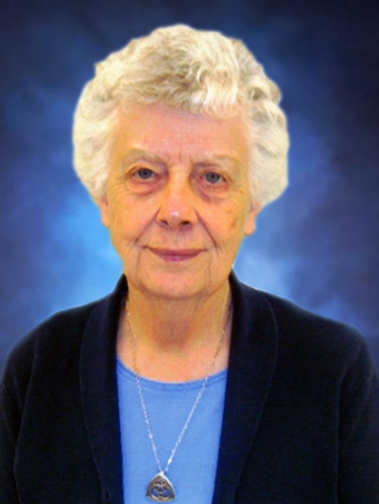 Sister Zita Telkamp entered religious life from St. Mary in Brussels, IL. Her 6th grade teacher, Sister Innocent, CDP—a missionary for many years in one of the poorest areas in Puerto Rico—was one of her influences to become a Sister. Sister Zita said, "Her kindness and the many stories she told us of her experience teaching little children about God and my reading the monthly edition of the Maryknoll Mission Magazine influenced my decision to become a religious."

Sister Zita is the Program Director at La Posada Providencia, a sponsored ministry of the Sisters of Divine Providence located in the Rio Grande Valley in South Texas. She has been in this position since 2008. La Posada was founded as an emergency shelter for men, women and families fleeing from political oppression, natural disorders and poverty, who are seeking asylum in the United States. Under her direction, the shelter, which operates 24 hours a day, 365 days a year, has drastically expanded its capacity to serve its clients.

For Sister Zita, though, the ministry of education is where she felt most comfortable and where she spent 49 years. She was an elementary teacher and principal during that time, and her assignments included St. Mark in Venice, IL; St. Mary in Madison, IL; St. Mary in Brussels, IL; and St. Francis/Holy Ghost in Jerseyville, IL. She also served in the Jefferson City, MO and the Archdiocese of St. Louis. From 1995 to 2001, she served on the provincial council for the St. Louis Province.

From 2001 to 2007, she stepped out of her comfort zone and was the Area Coordinator of the Sisters in St. Louis and also ministered at Room at the Inn, a shelter for homeless women and families in St. Louis County and a sponsored ministry of the Sisters of Divine Providence. At the time, she said, “This ministry requires more of me and from me. It has made me more aware of the extent of the homelessness problem.” She remembers the time as a great experience.

Sister Zita was asked to come to Pittsburgh to fill the temporary position director of facilities in 2007. The following summer she moved to San Benito to become the Program Director of La Posada Providencia.

In 2013, Sister Zita was chosen by Bishop Daniel Flores from the Brownsville Diocese as a nominee for the Catholic Extension Lumen Christi Award. This award is presented annually to an individual or group working in one of America’s mission dioceses who have demonstrated how the power of faith can transform lives and communities. We are proud that Sister Zita was a finalist which was accompanied by a $10,000 grant for La Posada’s ministry.

Of her work, Sister Zita said, “I am at peace no matter where or in what ministry I am invited by my Community to serve.”

Of what is most important to her within the charism of the Community and how she sees herself living out that charism, she said, "Our Community’s religious symbol reminds me daily of our charism: to make God’s Providence visible to all those who enter our doors at La Posada. I am reminded daily to be open and trust in God’s Providence. I am invited by God to be a 'co-creator' by  generating renewed hope to immigrants, refugees and asylum seekers as they prepare for a 'rebirth:' begin a new life in a new country. Also, I am invited to be a 'co-creator' by caring for our environment by recycling, renewing and reusing. I am called to offer inclusive hospitality to all those entering La Posada’s door. I am sustained and energized by Jesus’ redemptive love."

Self-described as grateful to God for her vocation and to her family and Community for their love and support; flexible and open to change; and conscientious in performing tasks related to her ministry, Sister Zita enjoys gardening and culinary arts. In 2017, she created a butterfly garden which has been a dream come true and now is attracting hundreds of butterflies, especially Monarchs as they migrate to Mexico during the fall.

CLICK HERE to make a gift in honor of Sister Zita's 70th Jubilee.