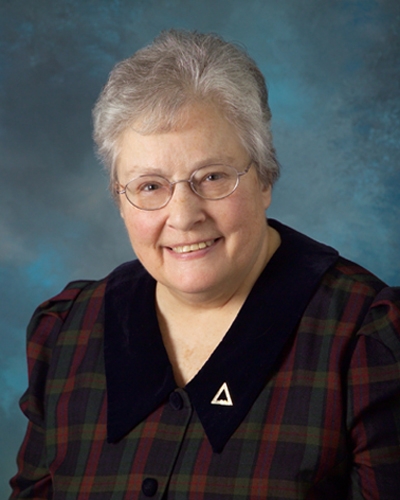 Sister Leona Ulewicz, formerly Sister Sara, entered religious life from St. Mary parish in Sharpsburg, PA. She credits the Sisters of Divine Providence and Holy Ghost (Spiritans) who ministered at St. Mary with influencing her decision to become a Sister, as she admired their happiness and dedication to the Church.

She said, "I express my gratitude as a member of an international community of Sisters that I am privileged to work with and for so many different people, cultures and languages in so many places to make the face of God's Providence visible."

CLICK HERE to make a gift in honor of Sister Leona's 65th Jubilee.