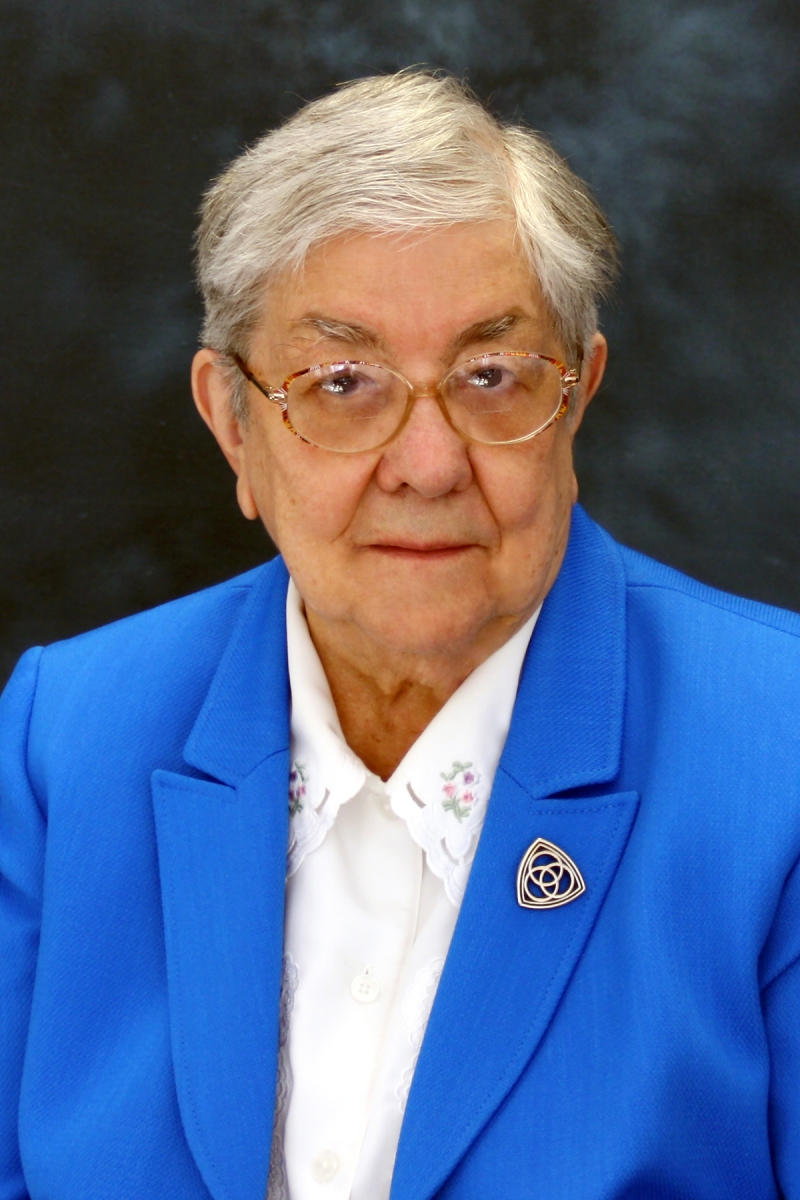 Sister Mary Kriley, formerly Sister Philomene, entered religious life from St. Mary parish in Herman, PA. The eighth child in a family of 12, she followed the path of her father’s sister, two of her mother’s sisters, and her own older sister, Sister Sylvester, into the same community. Sister Mary credits her mother, prayer and desire to follow Christ in a more fulfilling way as what most influenced her decision to enter religious life.

Although Sister Mary wanted to be a nurse, the superior at the time asked her to teach, which she did for 11 years in the primary grades; however, her desire to serve as a nurse was eventually fulfilled, and she spent 18 years as an operating room supervisor. She also took care of the infirm Sisters at Providence Heights for 13 years. This was a very rewarding experience for her, as she heard many stories of the early years of the Community. She learned how they struggled to give their all to those they taught and nursed. She says, "This fills me with a sense of gratitude for the sacrifice others made to pave the way for me today. One important lesson I learned was 'age is a continuation of how you lived your life.'"

After caring for the infirm Sisters, she took a brief sabbatical. During this time, she began working with a Sister who served at St. Thomas Parish and St. Michael Mission in Braxton County, WV. The beauty and low-key living of the area enticed her, and in 1994, she moved there and began ministering at St. Michael’s in Burnsville. She visited the sick and home-bound in the area, ministering not only to their physical needs but to their spiritual needs as well. She then went on to become the pastoral assistant at St. Thomas in Gassaway, where she directed a food pantry and thrift store for the people of Braxton County. Sister Mary continued making visits for many years to Burnsville to deliver clothing items. She is now engaged in prayer ministry.

Self-described as healthy, willing and desiring to be a true religious, Sister Mary has enjoyed praying for vocations and working with the poor.

CLICK HERE to make a gift in honor of Sister Mary's 80th Jubilee.