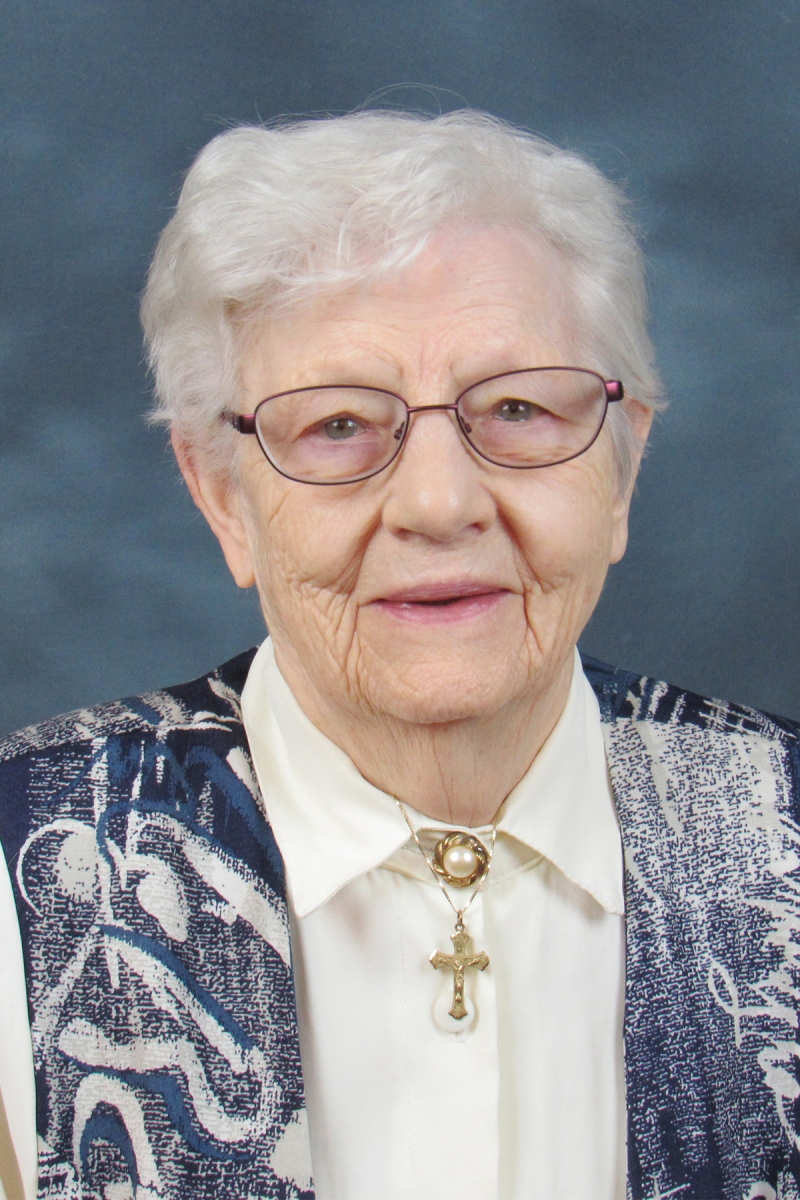 Sister Maureen Grabowski, the fourth child of Stella and Stanley, entered the Sisters of Divine Providence from St. Boniface parish in Penn, PA. She credits one of her Sister teachers who Sister Maureen felt was very close to God and perhaps she could also become close to God, as well as feeling God's pull, as what influenced her decision to enter religious life. She came to religious life thinking she would do small tasks around the convent but she mostly desired to help the elderly Sisters. God's plan was otherwise. Consequently, Sister Maureen was educated at Duquesne University and Notre Dame University.

Sister Maureen became a teacher and child caregiver, which she thoroughly enjoyed. From 1950 to 1985, she taught elementary grades and CCD to high school students in Pennsylvania, Massachusetts and Arizona. In 1985, the St. Anne Day Care Center in Castle Shannon, PA, opened, providing Sister Maureen, along with three other Sisters, the opportunity to be with the very young. In 1988, she moved to San Antonio, Texas, for a year, where she ministered at St. Peter-St. Joseph Children’s Home as a house parent/child care worker. The long-term residential facility is for abused, neglected, and dependent children. Sister Maureen had always felt called to work with underprivileged children, so she considers the time she spent in Texas challenging yet satisfying. She recalls how thrilling it was for her to hear the children say, “Tell us about Jesus … tell us a bible story.” When she returned to Pittsburgh in the latter part of 1989, she ministered in child care, including Providence Heights Alpha School. She became a nanny in a private home from 1996 to 2004 and then returned to teaching and day care with infants and toddlers at UPMC Children's House. In 1992, Sister Maureen's poem “Winter Days of Mist and Darkened” was published in On the Threshold of a Dream, Vol. III. Now in semi-retirement, Sister Maureen is in prayer ministry and likes to visit the sick Sisters at St. Joseph's Center.

Self-described as interested, kind, curious, gentle and compassionate, Sister Maureen loves the outdoors, jigsaw and crossword puzzles and anything regarding children. Within the charism of the Community, Sister Maureen says, "To me, the most important way is a simple lifestyle and a prayerful spirit as exemplified by the founder and foundress of the Sisters of Divine Providence."

CLICK HERE to make a gift in honor of Sister Maureen's 75th Jubilee.