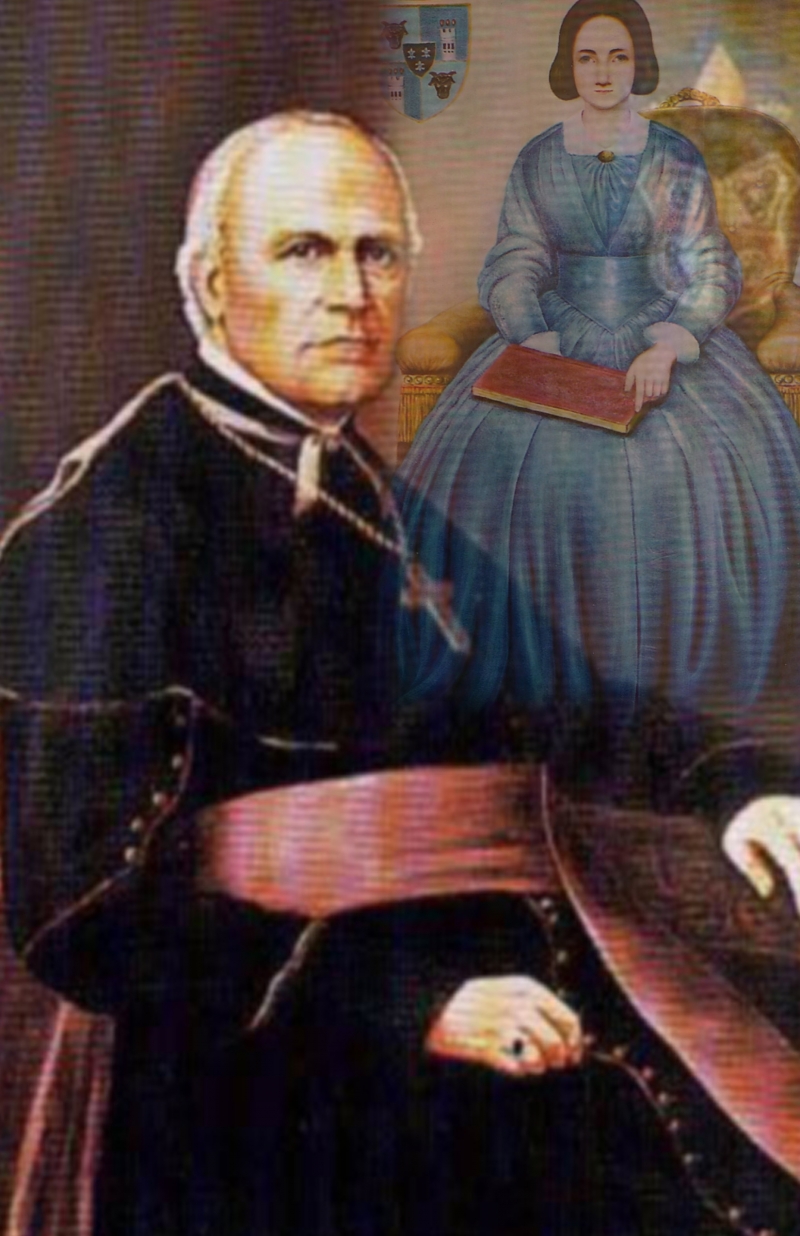 Wilhelm Emmanuel von Ketteler, Bishop of Mainz, Germany, was known as the "social justice bishop" because of his tireless work in support of workers, the poor, and the oppressed.

Born on December 25, 1811, Wilhelm Emmanuel grew up in a Catholic family. As a child and young man, he was hot-tempered and difficult to for his parents and teachers to manage. While he was a law student, Wilhelm Emmanuel lost the tip of his nose in a duel.

After a short time of service in the government and military, Wilhelm Emmanuel began studying for the priesthood. He was ordained on June 1, 1844, in the diocese of Münster. He served happily as a parish priest for several years, but he was soon called to greater leadership.

In 1848, Father Ketteler was asked to give a series of six sermons at Mainz Cathedral during the season of Advent on the social issues the Church and Germany were facing. These great homilies influenced public and religious discourse at the time and are still read and discussed today. Learn more about these sermons.

On July 25, 1850, Wilhelm Emmanuel von Ketteler was consecrated Bishop of Mainz. As bishop, he reopened seminaries, began ongoing formation for the priests of his diocese, and re-invigorated religious life in the diocese. Bishop Ketteler founded the Sisters of Divine Providence with Mother Marie de la Roche in 1851, calling the community to teach and care for poor children, especially girls, in rural areas, and to nurse indigent sick persons.

Bishop Ketteler preached and wrote often on property, poverty, charity, human dignity, work, education, and justice. He applied the teachings of Christ to the social problems of his day, especially those he saw developing as a result of the Industrial Revolution and the social and political changes it caused.

Pope Leo XIII drew heavily on Bishop Ketteler’s writings and sermons when he wrote the encyclical, Rerum Novarum, in 1891. Bishop Ketteler’s theological work connecting the Gospel to the problems of his time is still studied today.

Each year, our province gives the Bishop Ketteler Award for Social Justice to a woman or man whose work or ministry reflects Bishop Ketteler’s love and energetic work for justice.

Stephanie Fredericka Amalia La Roche von Starkenfels von Vulté, a French noblewoman, followed a surprising path to become our co-founder as Mother Marie. Fanny, as she was called by her family, was born October 28, 1812, and was raised as a member of the Lutheran Evangelical Church. She became Catholic on June 14, 1851, and was disinherited by her family.

Following her conversion, Fanny sought to enter religious life. Hearing of her search, Bishop Ketteler asked Fanny to consider co-founding a new congregation with him. She agreed.

Meanwhile, a group of women had been gathering in Finthen, Germany, waiting for Mother Marie to complete her formation. When she arrived in Finthen as their Superior, Mother Marie faced the temperamental behavior of Father Anton Autsch, confessor and spiritual director for the Congregation. Less than three years later, Bishop Ketteler transferred Mother Marie to a different ministry, perhaps at her request and knowing that she would bear any suffering with obedience and trust.

In May of 1855, Mother Vincentia Schultheiss became the second Superior of the Sisters of Divine Providence. Mother Marie became the Superior in Herrnsheim, the Community’s first mission, where a small group of Sisters had been sent to teach children and women, and to care for the sick. In the midst of what must have been a challenging transition, Mother Marie wrote to Mother Vincentia, saying, “I am a deeply rooted old weed.”

On June 23, 1856, Mother Marie was transferred again, this time to Neustadt, Germany. She became the Superior of that convent and, with her Sisters, prepared a newly-built orphanage to be dedicated as St. Marien Orphan Home on August 24, 1856.

Sacrificing her health to minister to the sick during a typhoid epidemic at the orphanage, Mother Marie died on August 1, 1857. She was buried in the parish cemetery at Neustadt.