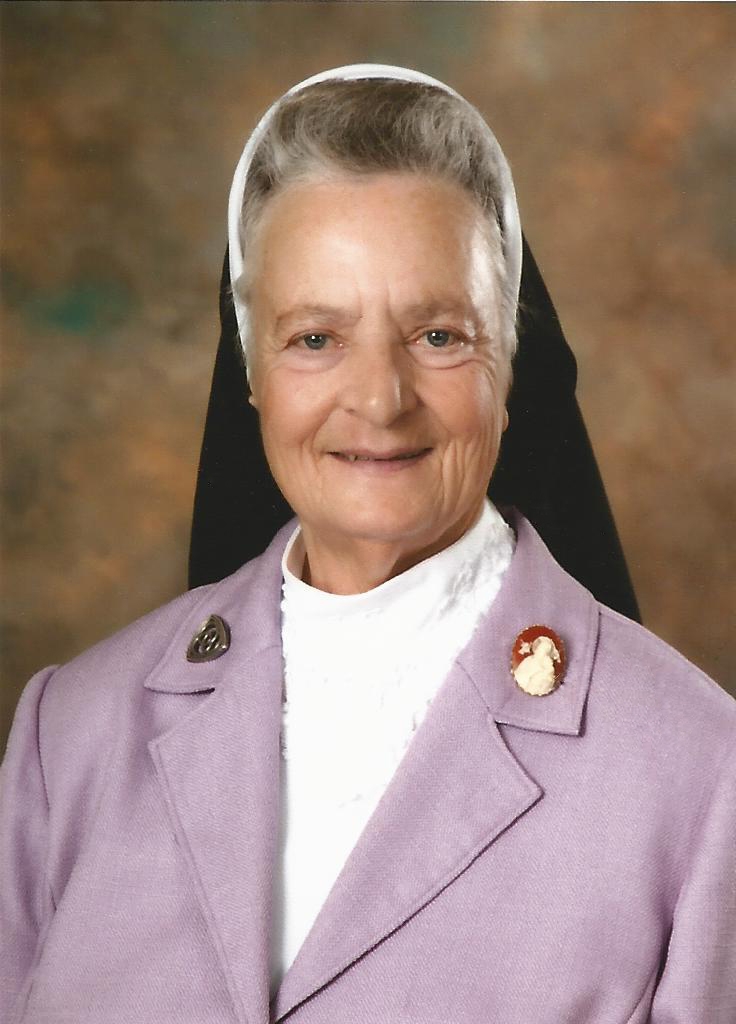 Sister Agnes Marie Geringer entered religious life in 1956 from Corpus Christi parish in St. Louis. Her aunt Sister Justina, a Sister of St. Joseph, is the person who most influenced her decision to enter religious life, as she admired her and wanted to be like her.

The better part of Sister Agnes Marie’s ministry was in food service, where she served at the Mt. Providence motherhouse in St. Louis for 30 years (1959–89). In fact, Sister Agnes Marie used to prepare the 200 loaves of bread needed for St. Elizabeth Medical Center's Bread Day. The first Bread Day at St. Elizabeth's was in March 1975 in celebration of the governing board's decision to refer to all employees as Associates. Associates were treated to complimentary bread and tubs of whipped honey-butter on Valentine's Day, Holy Thursday and the feast day of St. Elizabeth. The significance of Bread Day was two-fold; it employed the symbolic act of breaking bread with the hospital family and it was done in memory of St. Elizabeth, the patron saint of the medical center who was known for distributing bread to the poor. She ministered in child care at St. Mary’s Special School in St. Louis (1989–98). The opportunity to serve special needs students was the aspect of Sister Agnes Marie's religious life that she has found most rewarding. She was also the local director at St. Elizabeth's in Granite City, IL (1992-2002) and St. Clare’s Villa in Alton, IL (2002-2020). She said of this time, “As director of our senior Sisters, I strived to fulfill their needs, and in doing so, it often called for patience, understanding and self-sacrifice." Sister Agnes Marie resides at Providence Heights in Pittsburgh where she serves in prayer ministry (2020-present).

Self-described as happy, faithful, caring, kind and prayerful, Sister Agnes Marie enjoys rosary making and simply relaxing with her fellow Sisters. Holy Mass and Communion are the center point of her life.