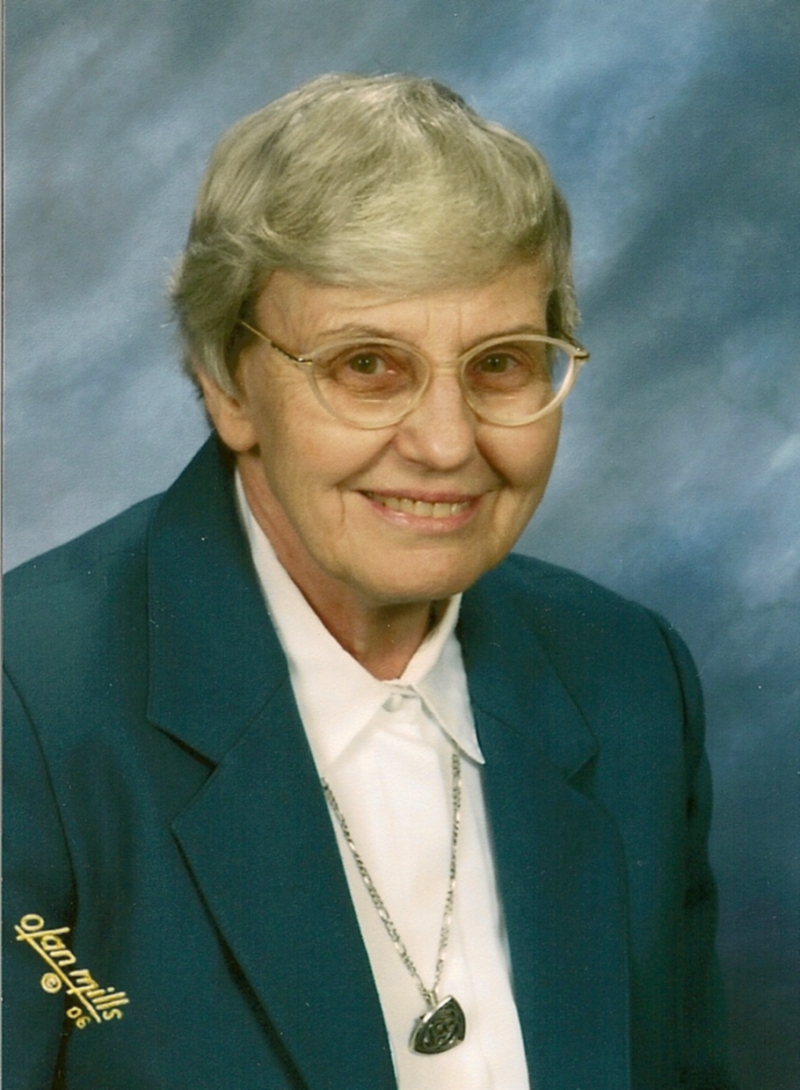 Sister Ann Catherine Fuchs recalls that, “One March, in the 1930s, God looked down on the earth and chose to create a little girl with brown eyes and a pleasant smile. She was named Gloria May; I was that little girl. By the time I reached the third grade, I was aware of a special feeling growing within me. I think it was a tiny vocation seed germinating.” Her grade school principal, Sister Mary Dominic Obringer, and eighth-grade teacher, Sister Huberta Mahr, further influenced her life with their encouragement and support while attending high school, and in 1951, she entered the Community from her home parish of St. Basil in Pittsburgh.

Her ministry as a teacher began in 1954, teaching first and second grade in Pittsburgh, West Virginia and Michigan. In 1989, she began her ministry as a caregiver at Providence Child Care in Castle Shannon, PA, and in 1997, became the on-site coordinator until the center closed in 2008. In 2009, she returned to Providence Heights where she has since volunteered in internal ministry.

Sister Ann Catherine shared this story that stands out to her, "I was driving an older Sister from Pittsburgh to Butler for a doctor's appointment and had car trouble. I pulled into an empty lot and shortly after a man stopped to help. He led us to a service station and then to the doctor's appointment while the car was being fixed. The gentleman was a Lutheran minister. Sister needed to stay at the hospital and I returned home -- with the minister's help. Providence does provide!"