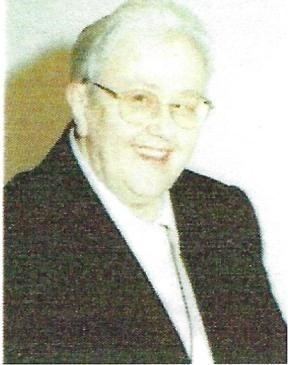 On September 18, 2020, at 3:20 p.m. Sr. Ancilla Schacht passed away, very suddenly and unexpectedly for all of us in Aschaffenburg.

Sr. Ancilla, Ingrid Schacht, was born on January 7, 1941, the only child of her parents in Langenhagen, Hannover County.

After graduating from school, she spent a year in our housekeeping school, the Josefstift, Mainz.  There she got to know our Sisters.  From 1961 to 1963 she was trained as an educator in Oberursel and joined our congregation on July 2, 1965.  She was eager to work with children and put her musical talents to use.  On Sept. 12, 1968 she pronounced her first vows in Mainz and on May 1, 1972 in Oberursel, her perpetual vows.  During the time of her juniorate, and also years afterwards, she was employed in the kindergarten in Rockenberg.  When the branch closed in 2003, she initially came to the Provincial House in Oberursel and was temporarily assigned to entrance duty. After that, she was sent to Möllingen, to our old people's home in the Westerwald, where she assisted the elderly people with their meals and took on small auxiliary tasks.

From 1988 to 1990 she worked in Bad Nauheim, where she was in charge of the entrance and did some office work.  In 1990, her area of activity was the convent entrance in the Provincial House.  She continued her education by taking a correspondence course in theology, with a focus on liturgy, and then took over the organization of the liturgy in the convent.  After the merger of the three German provinces, the building of the Provincial House of St. Boniface was sold.  A small convent remained on site in the Ketteler La Roche School dormitory.  Sr. Ancilla was active at the school entrance and in social/religious care at an institution for the elderly and disabled in the town.  Sr. Ancilla found it very difficult to take sufficient care of her physical well-being herself.  Since she did not want to consult a doctor, after breaking her leg, her legs failed more and more, so that soon she could no longer walk.

On June 24, 2014 we brought her to Aschaffenburg, where she received regular care.  Difficult years followed, which she had to spend in a wheelchair.  Soon after, her lungs required constant oxygen supply.  She received the necessary care from our staff and Sr. Adele looked after her with sisterly care every step of the way.  She endured the physical limitations with patience and was well aware of her situation.  She was interested at all times in what was happening in our Congregation.  She had a keen mind and her memory worked until the last day.

A heartfelt "Vergelt's Gott" (may the Lord reward you) to the staff at the nursing station in Aschaffenburg for their many years of intensive and patient care given to Sr. Ancilla.  The fact that the Lord of life and death called her to Himself so quickly was probably for her the best way to be released from her suffering.  We will miss her and she will intercede for us with God.

Funeral:  on September 29, 2020, at 10.30 a.m., in Aschaffenburg, Altstadtfriedhof, followed by the Eucharistic celebration in the Clemensheim Convent Chapel.