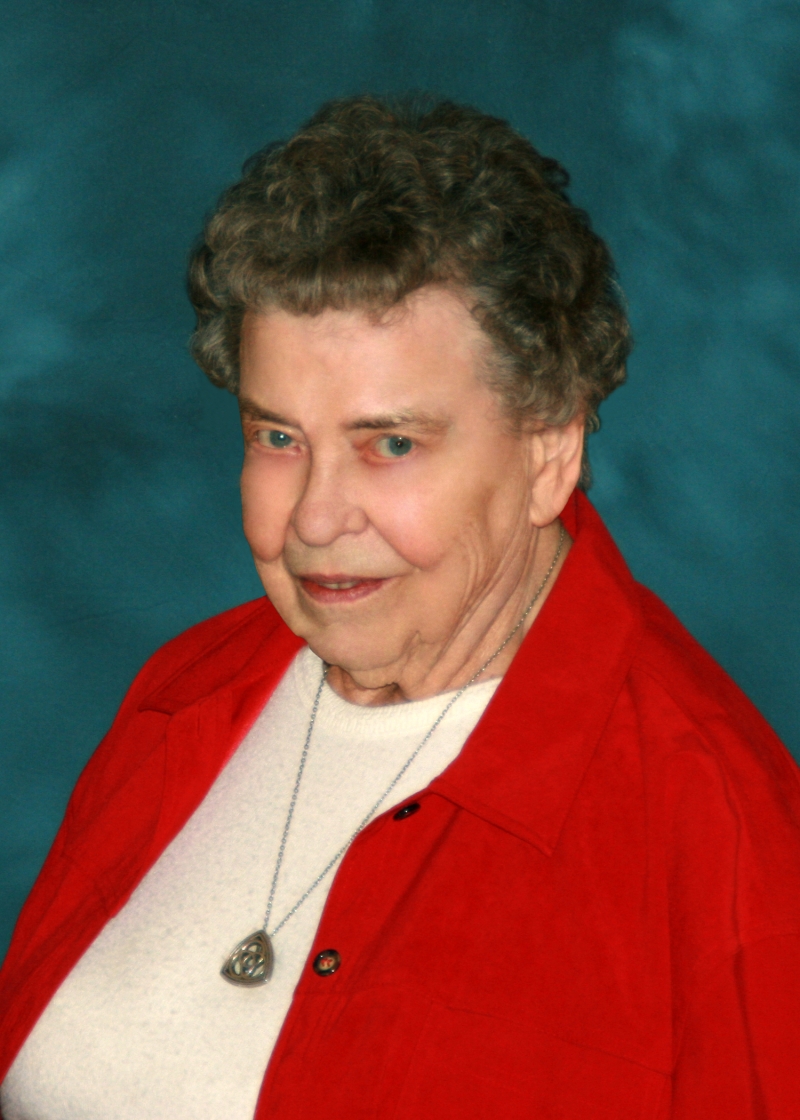 We commend to your charity the soul of our beloved
Sister Marietta Ruhe
who departed this life on June 7, 2016
in the seventieth year of her religious life
Age:  85 years, 1 month, 9 days
Resurrection Service:  Friday, June 10, 2016 at 4 p.m.

…those with insight shall shine brightly like the splendor of the firmament, and those who lead the many to justice shall be like the stars forever. (Daniel 12)

On Tuesday evening, June 7, 2016, Sister Marietta Ruhe slipped away quietly. Sister Natalie Marchetti described her as uplifting and lighthearted; Sister Anne Winschel as having an incredible sense of humor. Sisters Mary Margaret Paliotte and Rochelle Holly observed that she spread a quiet sense of joy and happiness in her dealings with others, and that she always had an open ear and a way of listening so as to be of comfort and help to those who needed it.

Evelyn Ruhe was born in Duquesne, daughter of Anna and Ray Ruhe. She entered the Congregation of the Sisters of Divine Providence in September of 1946. She later said of the community: “the Sisters of Divine Providence have adapted themselves to meet the needs of the times.” She was followed into the community by her younger sister, Sister Jeanine. The two sisters were very close, having been through thick and thin together, including phases such as giddiness. About being in a community with relatives, Marietta later said, “For me I have only found it something positive to have a relative in community. I can share my joys and sorrow and also divide up the tasks.”

Sister Marietta was a person, a star, who lived her whole life in service. And she was well prepared for this, having been educated at Duquesne, Catholic University and Marquette. She was an educator, not only in Pennsylvania but also in Ohio and Massachusetts.  When she taught 4th grade in McKees Rocks, the 3rd graders prayed they would be in her class for the next year. She was a parish social minister at St. Paul Cathedral in Pittsburgh, and, when she retired from the Cathedral in 2008, they said of her,

“Sr. Marietta, forever cheerful and laughing, gave herself to the poor, the elderly, the shut-ins, hospitalized and those in nursing homes, and always wanted to bring some joy and relief from suffering into their lives. As she retires from her outstanding ministry here, we not only owe her our gratitude, but also promise our prayers that God will bless her in all her days ahead.”

After “retirement,” she was dedicated to the weekly Bingo events at St. Ambrose Manor where she served on the Bingo Committee and was a caller with a sense of humor.  In her “spare time,” Marietta volunteered at Epiphany Church, and also sang in the Resurrection Choir at Holy Wisdom Parish. And she continued, Sister Anne Winschel said, to keep up correspondence with classmates who had left the Community. AND, she was an avid sports fan:  the Steelers, Penguins, Pirates.

She once said of herself that the 3 words that best describe her are SINCERE, PERCEPTIVE and OPTIMISTIC.

At one time in her life she also said that her favorite quote is: Be still, and know that I am God. (Psalm 46) Now she and God know each other in a new and wonderful way, and she shines like the stars!