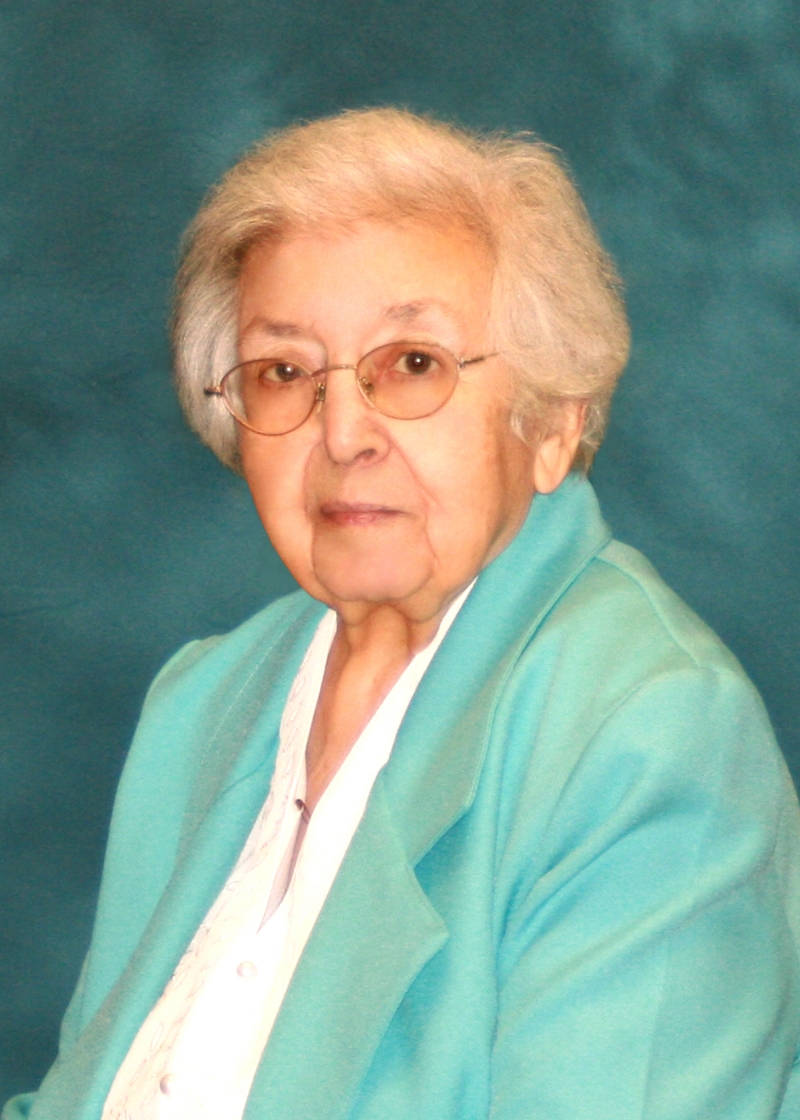 We commend to your charity the soul of our beloved
Sister Mary Salvatore Leo
Who departed this life on December 9, 2017
In the 82nd year of her religious life
Age: 100 years, 6 days

Just six days after celebrating her 100th birthday, Sister Mary Salvatore Leo fell into the welcoming arms of the Giver of Life! Amalia Carmela Leo was the eighth of nine children born to Salvatore and Mary (Magnelli) Leo. Her parents, devout Catholics and Italian immigrants, moved from Millvale, PA in 1921 to a 60-acre farm in Glenshaw. Raised on that farm, Sister Salvatore developed an early love for the earth, growing things and animals. Even as a child, Sal was known for her compassionate heart, cheerful smile, and sense of humor. At the age of 5, she saw a Sister in full habit and the first words out of her mouth were, “Why wasn’t I born like one of them?”

Sal began her ministry in education. She taught in a number of schools including St. Joseph Military School where she was the first and second grade teacher. Of this time, Sister Salvatore said, “you had to be mother, father and teacher to the boys.” Upon reading an article in a community magazine that described Sister Salvatore as a very accomplished woman but, of short stature, a former student wrote, “I remember you as being seven feet tall…I want to thank you for the way you handled and nurtured a scared little boy.”

While teaching in elementary schools, Sister Salvatore earned nursing degrees at St. John’s Hospital Nursing School and Duquesne University, attending classes on Saturdays and in the summers. She joined Braddock General Hospital in 1955 and ministered there for the next fifty years. During that time Sal supervised the pediatric departments, and the medical and surgical units, in addition she served as associate director of nursing services and was head nurse of the hospital’s health clinic. She was always particularly concerned for those “who are not loved much or who have few friends” noting that sometimes such people “are just frightened… I try to be friendly.” However, caring for children and babies in the pediatric department was one of her most rewarding assignments. “I think those were the happiest years of my life, “she said. “Children and babies are so precious and innocent.”

In 1974, Sister Salvatore began the IV therapy team. Her reputation for being able to find the most elusive of veins is legendary. Her unique complement of expertise and clinical knowledge combined with compassionate care set the standards for professionalism in nursing. Her health care peers noted that Sister Salvatore’s faithful care for patients “served as a beacon of constancy in a world where change is the rule rather than the exception.”

Throughout her many days as a Sister of Divine Providence, Sal was the healing presence of a Provident God. She comforted those in need without discrimination and a compassionate heart. May Sister Mary Salvatore continue to be with us in making God’s Providence more visible.

CLICK HERE to make a contribution in honor of Sister Mary Salvatore's memory.