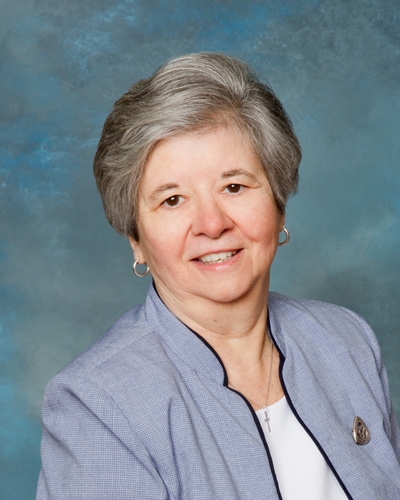 Sister Carol was initially educated to be a music teacher. After earning a bachelor’s degree in music education, she spent 10 years teaching first and second grades, including St. Basil in Carrick, Pa. (1968–71), Nativity in South Park, Pa. (1971–72), St. Sylvester in Brentwood, Pa. (1974–75), and Blessed Sacrament in Warren, Oh. (1975–80).  While living and teaching at Blessed Sacrament, she attended Seattle University and obtained a master’s degree in religious education. After earning her degree, she served as a vocation director for seven years. During this time, she helped to develop the former St. Peter’s Province Associate program and became its first director. Upon completion of this ministry, she furthered her education at West Virginia University and obtained a master’s degree in clinical social work. Since 2012, Sister Carol has been s a Clinical Social Worker/Spiritual Director at Samaritan Counseling Center in Sewickley, Pennsylvania. Prior to 2012, she was a clinical social worker in private practice (1995–06). She served as a councillor on the Provincial Leadership Team from 2007–11. She also is a nanny two days a week.

As a social worker, Sister Carol sees a variety of clients, from as young as five to those who are retired and facing their final years. She strives to have an unconditional regard for every person she serves, and she says it is the same as living the charism of Providence. She says, “My faith and my life as a Sister of Divine Providence are consonant with the values of social work.”

When reflecting on religious life, she says, “I entered religious life in 1965, the year Vatican II closed. As a Congregation, we took seriously the call for renewal. Change wasn’t always easy, yet we kept moving forward and gave renewed meaning to our history, charism and mission. I feel blessed by the God of Providence to continue to be called to a life of compassion, justice and peace as a member of my religious community.”