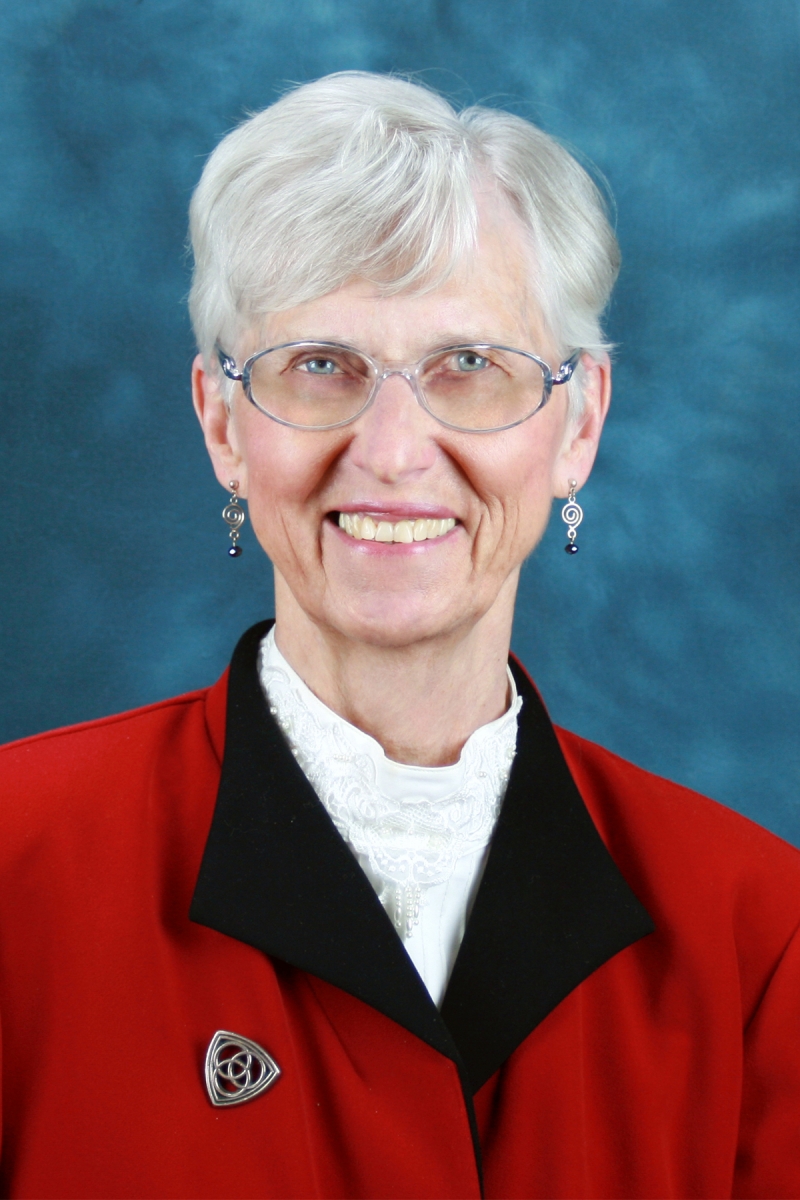 Sister Carolyn Winschel, formerly Sister Jean Francis, entered religious life from St. Mary’s in Glenshaw, Pennsylvania. She credits the Sisters of Divine Providence who taught her, as well as her sister, Sister Anne Winschel, and her aunt, Sister Alacoque Winschel, with influencing her vocation to religious life.

From 1957-1975, Sister Carolyn was a teacher in elementary and high schools, including Canevin and St. Basil High Schools in Pittsburgh and St. Joseph High School in Dover, Ohio. From 1975-2005, Sister Carolyn ministered at La Roche College in Allison Park, Pennsylvania, serving as the assistant to the academic dean and special assistant to the president and executive vice president for mission and planning. While in this ministry, she completed her Ph.D. in Higher Education Administration at the University of Pittsburgh in 1993. Sister Carolyn was also very involved with Pacem in Terris—a program established by the college in 1993 and whose alums she keeps in touch with to this day. From 2007-2016, Sister Carolyn was the executive director of Providence Connections. She oversaw all aspects of the organization, keeping with the mission of strengthening families and enriching lives—a labor of love with the staff, children and parents.

In the Community, Sister Carolyn began the Sisters of Divine Providence development program in the 1980s. She also served as a council member on the Sisters of Divine Providence administrative team (1980-1985) and as assistant to the provincial (1985-1990, 2001-2006). In 2017, Sister Carolyn began her ministry as a senior development specialist. She is responsible for the cultivation of new donors and ongoing communication with established donors to increase supporters. She spends a good deal of time calling to thank donors for their gifts, finding out more about how they are connected to the Sisters and requesting prayers for their special intentions. In addition, Sister Carolyn ensures clarity of the Sisters mission as expressed in publications and other materials.

Of her ministry, she said, “The mission of the agency and Community are my sun by day and moon by night. I try to remember that I am first and foremost a woman of Providence and act as such. In that way, I am making God’s Providence more visible.”

Self-described as faithful, a lover of nature and energetic, Sister Carolyn loves to spend time in prayer, in her garden, cooking, baking, singing, reading, painting with watercolor and technology—especially her iPad and iPhone. She said, "My prayer life has been the center of my life. Amid the struggles and the yearning, I have experienced surprise, inspiration and satisfaction. 'Jesus my love' is engraved in my ring. No more needs to be said!"

CLICK HERE to make a gift in honor of Sister Carolyn's 65th Jubilee.