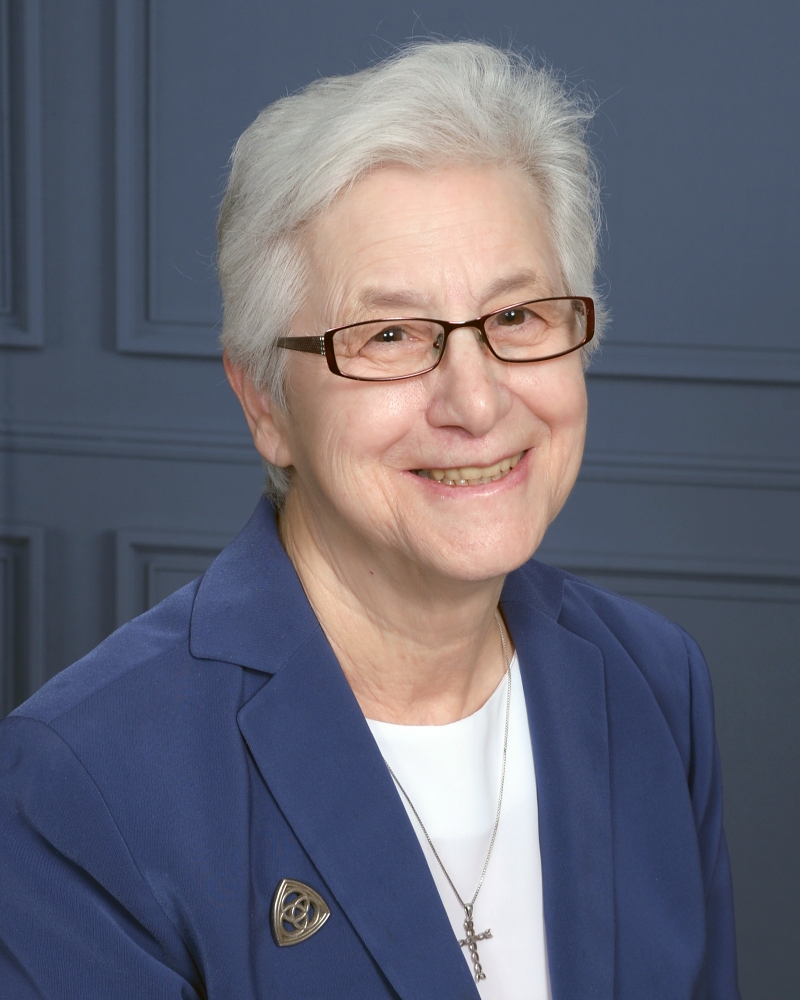 Sister Maria Fest, formerly Sister Maria Goretti, entered religious life from St. Anne’s Parish in Castle Shannon, PA. She cites the parish community, the Sisters of Divine Providence who taught there and the parish priests for encouraging her vocation.

Sister Maria began her ministry in education, teaching students from elementary school through college. She was a teacher and principal at Divine Providence Academy (1966-77); the director of financial aid and an adjunct faculty member at La Roche University (1977-81); and an associate professor in health science at La Roche University (1984-90). La Roche University honored her with the Sister Maria Fest Award for Scholarship and Service in the Sciences—an annual award named in recognition of her contribution to the college; the Alumni Achievement Award (1987, 2003); the President’s Award (1997); the Woman of Providence Award (2010); and the Distinguished Alumni Circle (2015).

From 1999-2007, she served as the executive director of Providence Connections—a nonprofit organization established by the Sisters of Divine Providence that provides comprehensive education and developmental opportunities for parents and children in the Pittsburgh area. In the Community, she served on the provincial administration team for the former St. Peter Province (1991-2001) and the Marie de la Roche Province (2007-2016). Since November 2016, she has served as the Congregational Leader (General Superior) for the international Congregation of the Sisters of Divine Providence.

In 2009, Sister Maria was interviewed by former student and author Kathy Brunner for a chapter in her book "One More Serving: Because Life Is Meant to be Full," in which she discussed her diagnosis of Gillian Barre Syndrome (along with three other autoimmune diseases) in 2002 and her subsequent recovery.

A lifetime learner, Sister Maria is blessed with passion, curiosity and seemingly boundless energy, which she brings to all that she does. Although she no longer practices in the field of science, she uses her education and love of science to define herself in relation to the Community’s mission and spirituality. "They fit together like hand in glove ... co-creation, quantum physics and the 'new' science, along with health sciences, have spoken volumes to me about being a Woman of Providence," she said.

CLICK HERE to make a gift in honor of Sister Maria's 60th Jubilee.