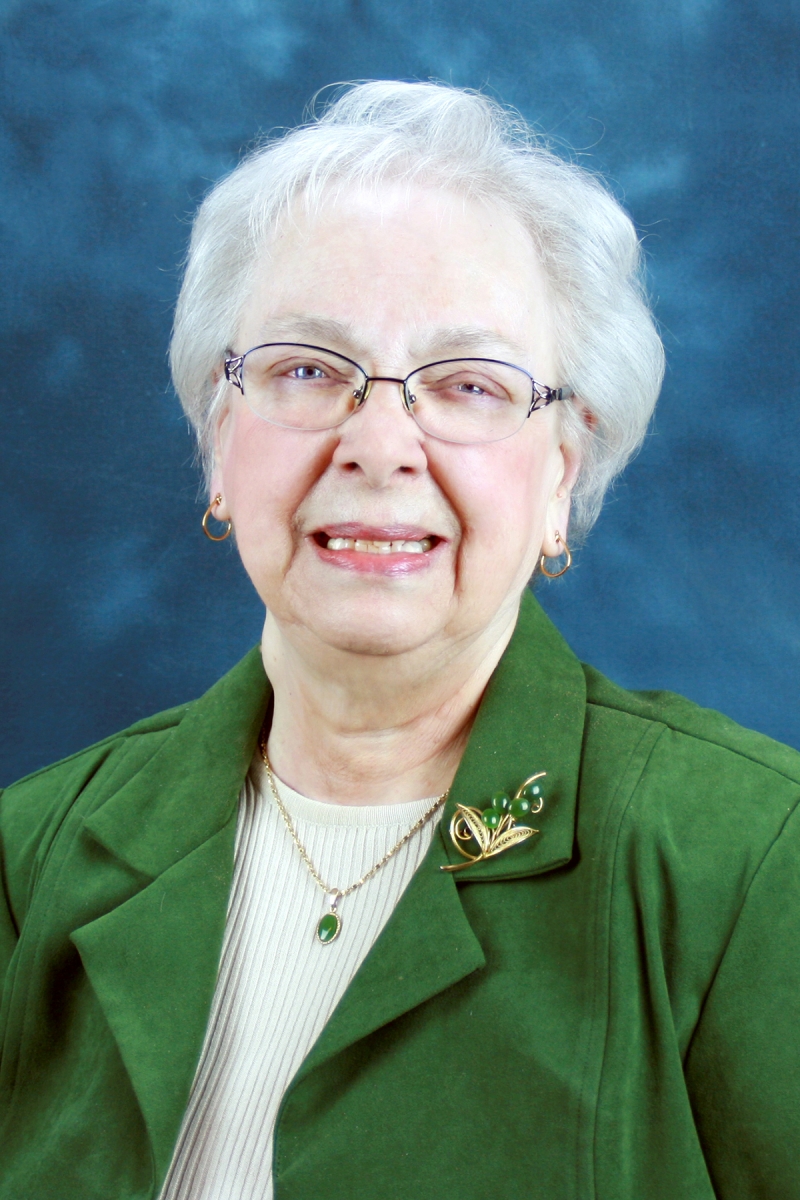 Sister Roseann DeNardis entered religious life from St. Walburga’s parish in Pittsburgh. Her good Catholic home and the Sisters of Divine Providence who taught her were her greatest influences in deciding to become a Sister. Her blood sister, Sister Sandra DeNardis, is also a Sister of Divine Providence. Sister Roseann recalls that having two vocations to the religious life was thought to be a blessing, for the most part, until her father realized just how empty and quiet their home was. When he spoke his feelings that both daughters should not be gone from home, she says that, with the wisdom of Solomon, her mother asked, “Which one should return home?” The subject never came up again. Once asked about the pros and cons of having a sibling in the same Community, Sister Roseann said, “It’s easy to keep abreast of the other’s whereabouts and activities, and while we have different personalities, we are on the same wavelength when it comes to important things. The only con is that I am often called Sandra!”

Sister Roseann earned a Bachelor of Science in Home Economics from Mount Mercy College and a master’s degree in education from Saint Louis University. She was an educator in the early part of her ministry, having taught both elementary and high school, including Bishop Guilfoyle High School in Altoona, PA (1961–80) and Canevin High School in Pittsburgh (1980–88). After retiring from teaching, she became the housing co-manager at St. Mary Mercy Manor (1988-2001), the director of administrative services at Providence Heights (2001-2016) and since 2016 has been the director of scheduling at Providence Heights.

Self-described as prayerful, dependable, precise, creative, loyal, dedicated and a happy Sister of Divine Providence, Sister Roseann is an avid reader. One of her favorite quotes is from Mary Webb (1881–1927), a Scottish religious leader, who said, “The well of Providence is deep. It’s the buckets that we bring to it that are small.” She says, "I am greatly consoled and comforted with our charism of Divine Providence. I feel God's interest and concern in my well-being."

CLICK HERE to make a gift in honor of Sister Roseann's 70th Jubilee.