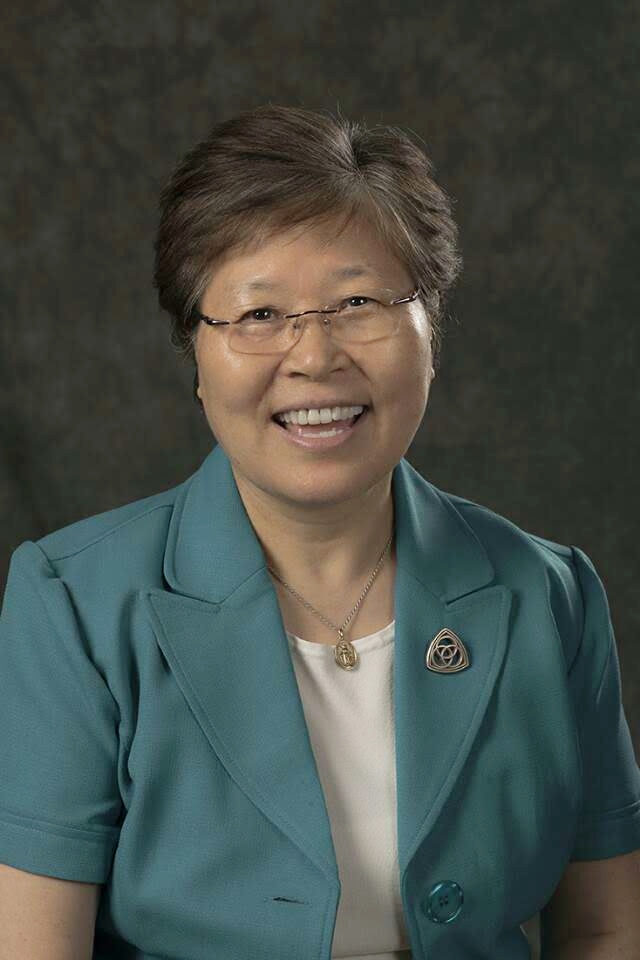 Sister Veronica Gumja Kim entered religious life from Banyeo parish in Busan, Korea to St. Joseph Province of the Sisters of Divine Providence in 1980 when she was 19 years old. Her middle and high school were Catholic schools and influenced her vocation to help suffering and poor people through her volunteer experiences. In the story of Leprosy in the Bible, she reflected on how the people experienced suffering physically and psychologically and a separation feeling from society. The story impacted her to become a Sister.

Sister Veronica earned a Bachelor of Science in Nursing from Gachon University and Chodang University in Korea. She also earned a Certificate in Formation Direction and a Graduate Certificate in Spiritual Direction from Religious Formation Conference and Aquinas Institute of Theology in St. Louis. In the early part of her ministry, Sister was assistant pastor at Sihung Parish in Seoul (1982-1986) and at Bupeong Dong Parish in Incheon (1986-1988); Director of Vocation and Retreat Center for the Community (1988-1989); Chaplain for Navy at Headquarters in Incheon (1990-1993); Instructor for postulants and novices for the Community (1990-1993); Director of Business Administration and Management at Ujungbu St. Mary’s Hospital of Catholic University in Ujungbu (1993-1996); Director of Charity House in Incheon (1996-1998); Head Nurse at Luke Hospital (1998-1999); Director of Pharmacy Department at St. Andrew Hospital (1999-2000); and Director of Business Administration and Management at Chungjoo St. Mary’s Hospital in Chungjoo (2000-2003). Sister Veronica volunteered as a Graduate Nurse at St. Joseph Center (2005); a mentor and tutor at Providence Heights Alpha School and the library at La Roche University (2006-2007); and a Mentor Director for the formation program of the Marie de la Roche Province (2010-2016).

Sister Veronica has been the Assistant Director of International Student Services at La Roche University since 2008. She assists international students with documentation, implements cultural programs, plans activities and programs for students, recruits students from Korea and develops partnerships projects, all the while providing support to staff and faculty regarding international cultural differences. Sister Veronica's job requires compassion, as the transition to living at the university is sometimes difficult for international students. Some find themselves homesick while others need assistance with meeting their cultural needs. Sister Veronica Kim is always there to guide the students. She says, "My job requires a lot of flexibility and attention to detail, but it is very rewarding, and I feel like I make a difference in the students' lives and in carrying out the mission of La Roche University." She is also a certified spiritual director and is able to see the diversity of what God is doing in another. She is making the Providence of God more visible in our world through her ministries.