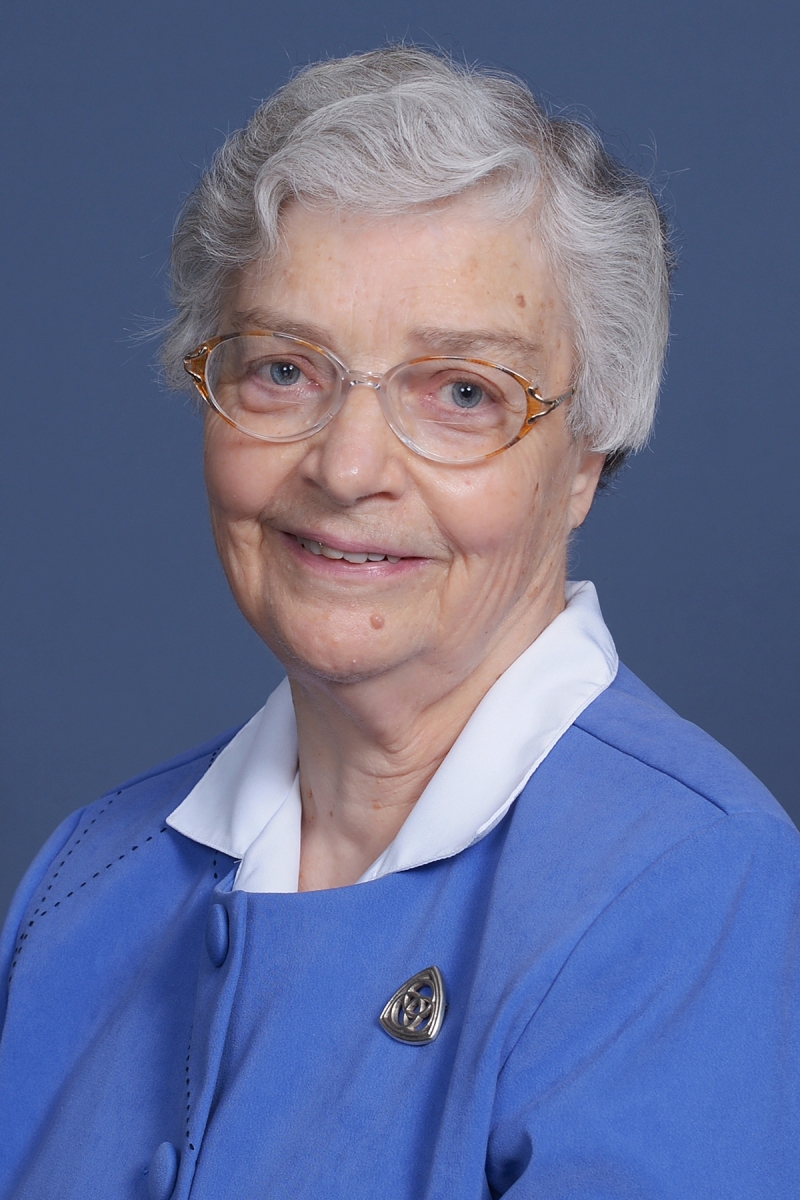 Sister Mary Francis entered religious life from her home parish of St. Ann’s-by-the-Sea in Marshfield, MA. One of 10 children, she graduated from Marshfield Public Schools. She recalls being most influenced to enter religious life through personal prayer and a deep sense of God’s presence in her life. She chose to enter the Sisters of Divine Providence believing that she would be able to serve others’ needs, even as she, herself, would be able to flourish and develop her gifts in community and ministry. She said, "I have a deep sense of being personally called, guided, and graced by God to live in trust and faithfulness to God’s will and to celebrate God’s Providence in my service of others. I want to share my belief in and experience of God with others, so that they also may know God’s goodness, presence, and care in their lives, and each one may find life and joy in sharing their faith and trust with others."

Sister Mary Francis worked as a secretary in Boston before entering the Community. Her early ministry, which began in 1965, was in education. She taught at both Sacred Heart Elementary and Sacred Heart High School in Kingston, MA and at St. Cecilia School in Stamford, CT, as well as teaching CCD classes in many parishes south of Boston. In the Kingston Province, she served as executive secretary to the principal at Sacred Heart High from 1975-1983, earning a Master’s in Education. Pursuing other ministry preparation, she also earned a Master’s in Theology and a Certificate in Spiritual Leadership. Sister Mary Francis was appointed Vocation Director (1984-2001), Associate Coordinator (1992-2000), Director of Volunteers (1993-99) and Formation Director (1993-2001). She also served as a spiritual director for retreats and personal journeys from 1984 until 2006. Elected to province leadership in Kingston, she served on the Provincial Council from 1991-2001. As the U.S. Provinces came together, she was elected a Provincial Councillor for the Marie de la Roche Province in 2001, and as Provincial Director from 2006-2016. Since 2016, she has served as a Council member on the Congregational Leadership Team, living at the Generalate residence in Wakefield, RI.

She said, "In all my ministries, I have been privileged to share with others, my faith and trust in God’s Providence, which has guided my life. As a young teacher, I helped many children learn and grow through daily classes and through varieties of special opportunities in which they could work together and could develop their own gifts and interests. I have served in many ministries, including in community leadership, in which I have been able to touch the lives of people who were searching for deeper relationships with God, for growth in their spiritual lives, and for an understanding of God’s call in their lives. I have been gifted with opportunities to collaborate with others in designing programs and in planning for the future. My own life has been enriched by all my encounters, in our community with our Sisters, and among other people too, those who lived and loved with honesty, openness, and generous hearts. I am deeply grateful for these years as a Sister of Divine Providence."

Sister Mary Francis describes herself as dependable, a compassionate listener and a spiritual seeker.