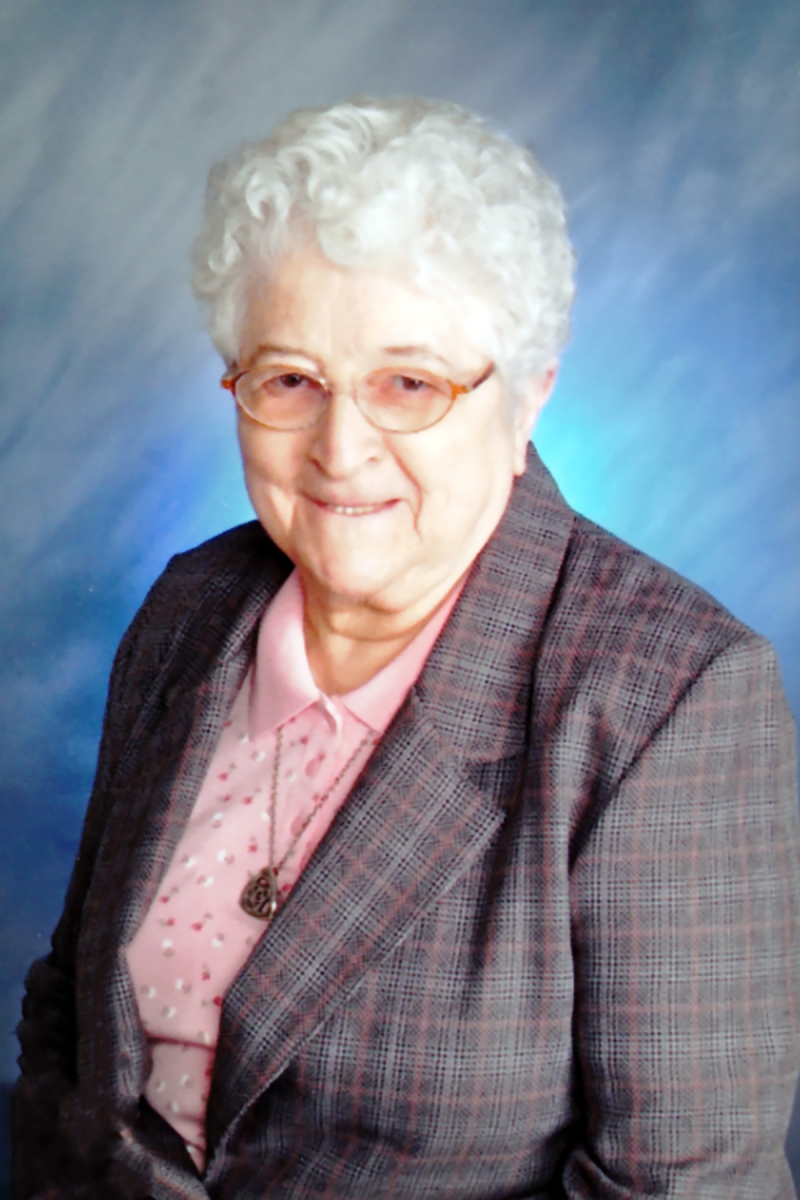 Sister Mary Gabriel Friedel entered religious life from her home parish of St. Joseph in Meppen, Ill. Although she did not attend St. Joseph School, she used to visit the Sisters of Divine Providence who taught there, and she considers them to be her greatest influence in becoming a Sister.

When reflecting on her religious life and what she’s found most rewarding, she cites the time she spent teaching first grade and the look of success beaming in the students’ eyes when they learned something new.

Describing herself as “quiet, professional, and organized,” Sister Mary Gabriel enjoys embroidery and all sorts of puzzles, from jig-saw to word searches.