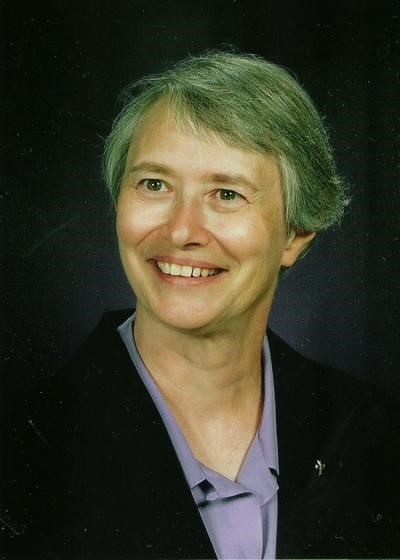 Sister Mary Michael McCulla was living in Nevada when she inquired about religious life with the Sisters of Divine Providence, and remembers receiving personal letters from the late Sister Mary Philip Hampton. It was this personal touch that influenced her decision to join the Community.

After teaching elementary school for 7 years, Sister Mary Michael completed her nursing degree and served at St. Elizabeth Medical Center in Granite City, IL (1967-84). During this time, she also began her advanced study in geriatric nursing at St. Louis University and received her master’s degree in 1986. She spent a year ministering with Cardinal Ritter Institute, followed by 4 years in Alzheimer’s research at Washington University in St. Louis and then took a position in Geriatric Rehabilitation with St. Louis University’s Department of Geriatric Medicine. She then returned to St. Elizabeth Medical Center, which was owned and operated by the Sisters of Divine Providence from the 1920s until 2001. She then began ministering as a Parish Nurse in St. Louis, a position she held until 2019, taking a hiatus from 2014-16 to work with the Sisters of Divine Providence in South Korea as an ESL teacher. Since 2019, Sister Mary Michael has served as the Community's area administrator in Kingston, MA.

Self-described as grateful, Sister Mary Michael believes she lives the mission of the Community by making Providence more visible in our world through the healing ministry, in imitation of Jesus the Healer.