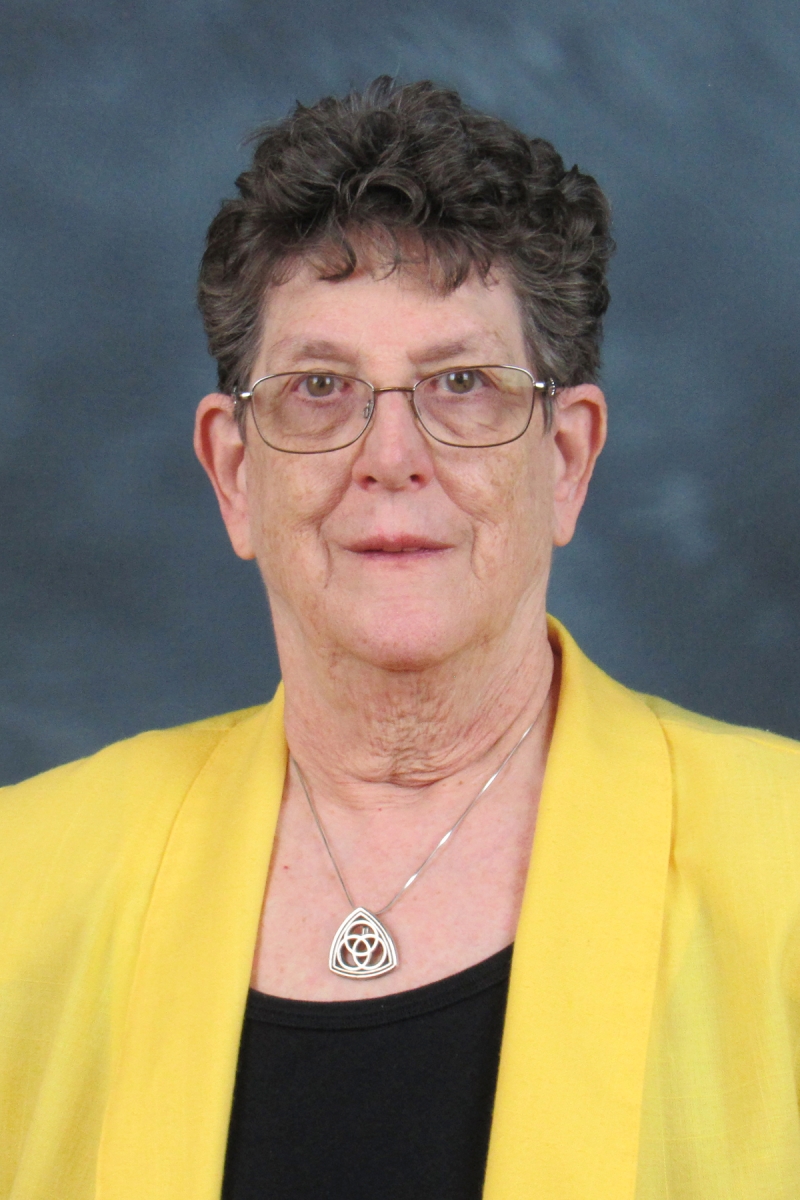 Sister Rose Anne Krantz, formerly Sister Thaddine, entered religious life from St. Joseph parish in Dover, Ohio. From the time she and her siblings were little, they were encouraged to do good through witnessing their parents’ actions. She said, "My parents lived their faith, so it was natural for me to think of a life that would enable me to give of my faith."

Sister Rose Anne ministered as a teacher and principal for the first 17 years after her profession. Teaching took her to Michigan, Ohio and Pennsylvania. Most notable were her years as a teacher at St. Mary in Glenshaw, PA, and principal at Sacred Heart in New Philadelphia, OH, and St. Margaret in Green Tree, PA. After her years in education, she followed a call to minister as pastoral associate at Christ the King Parish in Dunbar, WV, when they were left without a resident pastor. Those first 10 years in pastoral ministry were some of the most rewarding years in ministry. At that time she also received her clinical pastoral education credits and volunteered as hospital chaplain at the local hospitals, hospice chaplain in the area and was active in the local ministerial association. She continued pastoral ministry in two other West Virginia parishes--St. Margaret Mary in Parkersburg (1995–98) and St. Vincent DePaul in New Martinsville (1998–01)--before being assigned as co-director at the provincial house in Pittsburgh (2002-06). After five years in internal ministry, Sister Rose Anne returned to pastoral ministry in Ohio. For the next 13 years she ministered in three different parishes, St. Joseph in Mantua, Immaculate Conception in Ravenna and St. Patrick in Kent. During this time she also served on the Board of Catholic Charities, as a member of the Diocesan Liturgical Commission and Diocesan Religious Education Commission. As a Catholic Charities board member, Sister Rose Anne was asked to donate to their yearly fundraiser, "Men Who Cook." She said, "Having no money, I said I would bake a pie to raffle along with a certificate for five additional pies during the year. Imagine my surprise when the raffle brought in $1,000. Needless to say, I was asked to repeat that donation each year I was living in the area." Having learned how to make tiny stitches in the Sewing Room while in the Novitiate, Sister Rose Anne transferred this skill to quilt making. She said, "Each year, I offered a queen size quilt to be raffled with the proceeds going to the Community for some specific project. When Sister Lu (Haidnick) and I shared what our Sisters were experiencing from Hurricane Maria in Puerto Rico, members of our parishes and friends responded beyond our expectations. I was also able to find a parishioner who said he would match whatever money we raised with the raffle, thinking it would be about $4,000. We were amazed to sell almost $7,500 worth of tickets and were not expecting to receive a matching check for the entire amount, enabling us to send $15,000. We were so humbled and grateful." Since 2020, Sister Rose Anne has served as house director at Providence Heights. The biblical quote that she uses to direct her ministry is "What you receive as gift, give as gift." (Matt. 10:8)